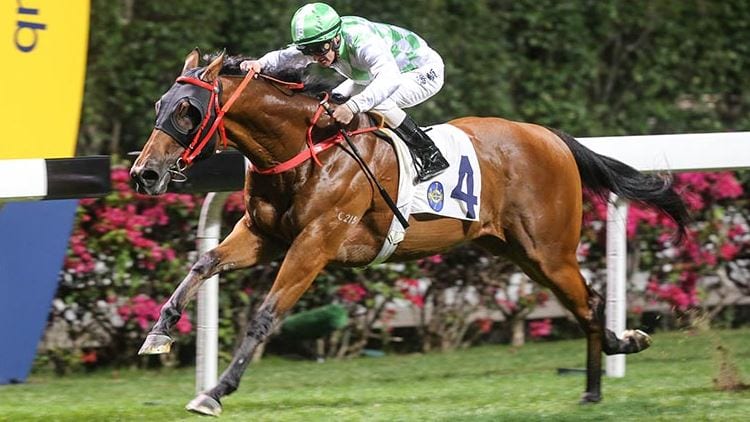 We have expert betting tips for the card this Wednesday at Happy Valley in Hong Kong, which features eight quality betting races.

All punters love betting on Hong Kong races and having a night racing card following Wednesday’s local action is great.

Whistle Up is a New Zealand-bred gelding which has yet to win from 18 starts but meets an average field here and could take advantage.

He has found some recent form with consecutive placings at Sha Tin before running third at Happy Valley last time out. That’s good form for this and it’s good to see Zac Purton stick with him.

Looks tough to beat in the opening race.

Gunnar is getting closer to a win after running second at Sha Tin last start and he’s still a type on the rise.

He’s a three-year-old by Hinchinbrook which rises up in distance from 1000m to 1200m for this and that’s also a positive coming into this race.

Jockey Aldo Domeyer had a great day at Sha Tin on Monday and he could continue that form at Happy Valley.

He partners Crown Avenue, which has five wins and four placings from 36 starts. The six-year-old might not be a star, but he has two placings from his last two starts.

His most recent effort came at Sha Tin and that was a solid performance. If he continues in that vein of form, he should prove tough to beat against this field.

Reliable Team did the job on debut when scoring by a half-length at Happy Valley. The three-year-old gelding scored at $4.50 and we’re expecting his odds to be much shorter for this.

Having winning experience on this track is always a bonus and it’s another good ride for Zac Purton. Having the in-form Aussie in the saddle should make the odds for Reliable Team shorten.

He’s the only horse in this race which has a last-start win.

Tony Millard lines up the six-year-old which gets the benefit of Joao Moreira in the saddle. The son of Nadeem is a four-time winner which needed two runs back from a spell.

He looked good winning at Happy Valley in January and although average since, he could return to the winners’ column here.

Moreira is the ninth different rider in 10 starts and hopefully he can make the winning connection with the six-year-old.

John Moore and Zac Purton team up with Chefano, which is looking to turn around some moderate form against easier opposition.

The four-year-old by Silvano finished 10 lengths behind the winner at Happy Valley last start but not much went right during the run. He looked much better when running fourth on this track in April and punters should go on that form.

He drops right in grade for this and the market should have him at each-way odds.

Shining Ace comes into this race with back-to-back wins and that form is tough to overlook. The John Size-trained three-year-old turned around some consistent form with two wins at Sha Tin.

He has experience on this track when running fifth in March and given his most recent win which came by two lengths, he should be the odds-on favourite to score.

Dropping down 5kg to 53kg helps and Joao Moreira takes the ride.

Fat Turtle should be a popular pick with punters after recording three consecutive second placings. Those following a win at Happy Valley in March and although beaten since, he hasn’t been disgraced.

The four-year-old gelding by Smart Missile is a former Australian which scored a win at Randwick in August before being sold to the F Lor stables.

He was a three-time winner in Australia and commands respect here.