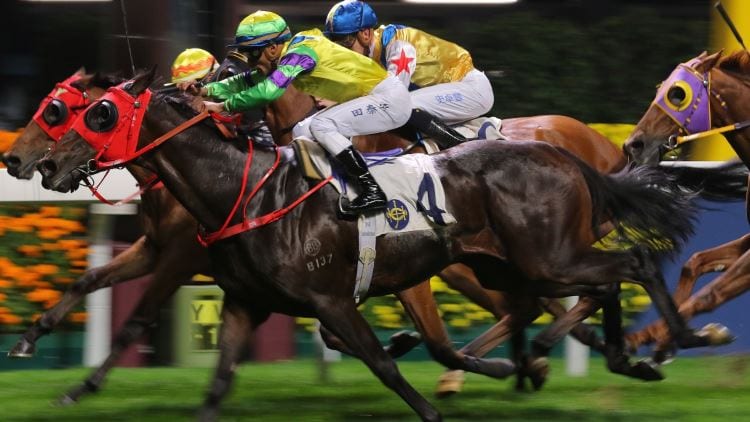 We have expert betting tips for the card this Wednesday at Happy Valley (Hong Kong), which features eight quality betting races.

Punters have loved the return of racing in Hong Kong, where some of Australia’s best jockeys and trainers are in action.

Australian runner which comes to Hong Kong with some hot form. He has scored at his last three starts, which included wins at Caulfield and Sandown.

Looked great in a recent trial for new trainer John Size and he could make a winning debut in Hong Kong here.

Likely to be well-backed with only 52.5kg and Joao Moreira on his back.

Looked good last campaign which included some close-up efforts. The Shum-trained runner finished fourth on this track last start and anything close would see it go close.

Zac Purton is the man to have in the saddle and from barrier six, he’s going to get a good run in transit and have every chance to win.

Each-way odds on offer in a competitive field.

Plenty of money coming for Naboo Star, which makes his season debut here at Happy Valley.

The Caspar Fownes-trained runner didn’t fire last start but his form prior looked good. That included three consecutive placings and that form would take him close here.

He has been primed with a recent trial effort and if the early betting markets are anything to go by, he’s going to be tough to hold out.

Four-year-old which is making its debut for the Shum stable and there has been plenty of support in the betting.

Has looked good at the trials to date and seeing Zac Purton in the saddle is a very good sign here.

The New Zealand-bred is certainly worth watching on debut and the betting markets could determine his chances.

The Tony Millard-trained runner needs to turn consistent form into winning form, but he could make a winning start here.

He ran four consecutive third placings last season, including some at Sha Tin and that form should stack up nicely for Happy Valley.

Drawing barrier 10 over this distance isn’t ideal, but Karis Teetan is in good form and it has been very well backed to win.

Looks a good chance with some luck.

Capped off a consistent campaign with a win last time out at Happy Valley when scoring by just under a length.

He’s good enough to kick-start this season with a win and he’s helped out by carrying only 53.5kg with C Ho in the saddle.

This is a harder field than what he’s used to, but he has upside and could provide punters with some value odds come race day.

Unbeaten runner which will have plenty of followers come race day. The F Lor-trained runner scored a 3.5-length victory on this track last start, which followed a half-length win on debut.

He has a nice future ahead of him and he’s going to get every chance from a good barrier with Zac Purton in the saddle.

He’s a New Zealand-bred runner which loves this distance and should run accordingly.

Consistency is with Le Terroir, which has finished in the first two at his last four starts. The Ho-trained runner scored consecutive wins last season and went close when second last start.

Dropping down to 52.5kg is a big bonus and he has attracted the attention of Joao Moreira. That’s a big positive and we’re liking his chances to make a winning resumption.

Drawing barrier five is another positive.