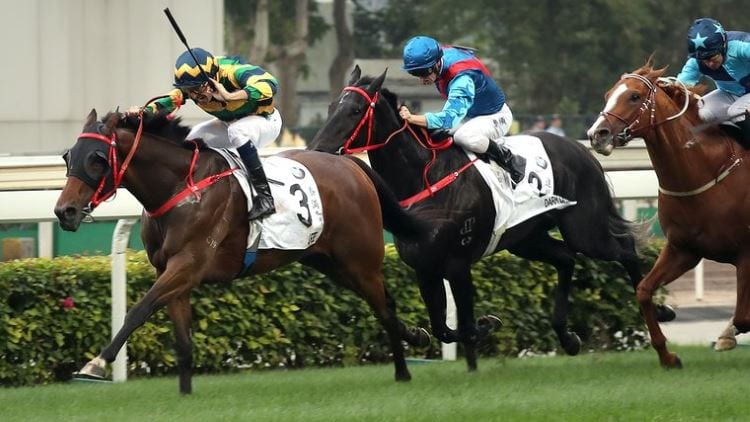 The Hong Kong Cup is the final Group 1 on the International Meeting and an even field lines up.

It’s only a field of eight but punters should enjoy the 2000m contest, which includes former Australian’s Furore and Dark Dream.

The Cup is an intriguing race and we have our best bets on offer. 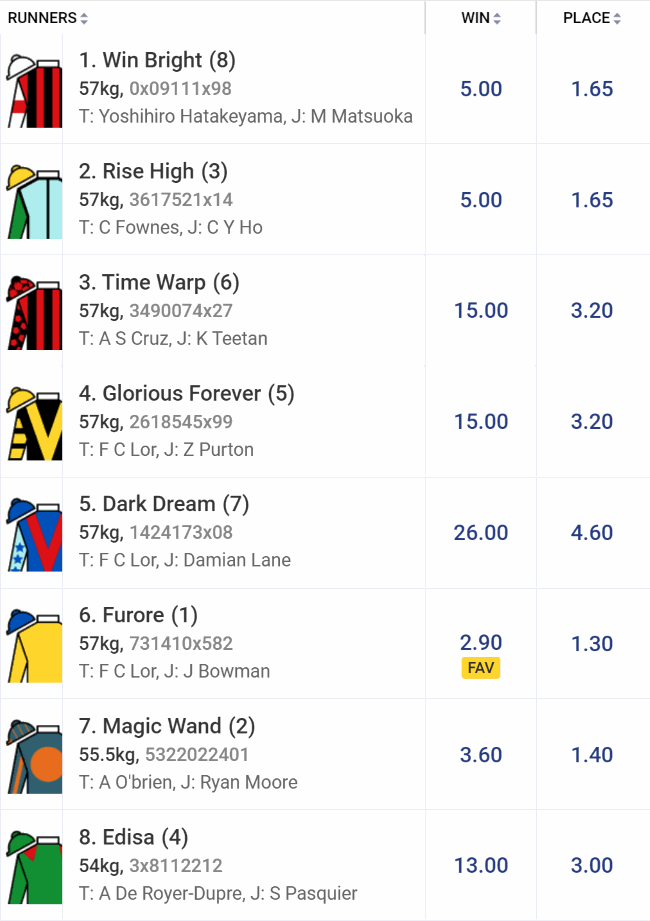 Win Bright doesn’t have very good form leading into this race but he has been confidently backed to win.

The five-year-old ran as a $149 chance in the Tenno Sho last start when running eighth and he ran 9.2 lengths behind the winner prior to that.

His form earlier in the year was much better, but we’re not sure if we can confidently back him after those two awful runs.

Watch the market for any further betting moves.

The Hong Kong-trained runner is another well-backed type for Caspar Fownes which has eight wins from 20 career starts.

He finished fourth behind Exultant last start and we might see that form franked in the Hong Kong Vase earlier on the card.

Prior to that he defeated Waikuku and that’s another good form guide for this. He’s tough to beat on his day and we wouldn’t be leaving him out of calculations.

$5 is a fair price from bookmakers.

It could be time to do the Time Warp for the six-year-old. He was only fair behind Exultant last start but he can turn that form around.

The Tony Cruz-trained gelding was much better when running second at Sha Tin two back and anything close to that would see him running well.

Owns 11 wins and he has plenty of experience to call upon.

Glorious Forever hasn’t performed well in two runs back from a spell and we can’t see an immediate change coming.

His best form would see him run in the first four but he’s not at his best and punters should be wanting much higher odds.

Not worth the risk.

The former Australian runner was good enough to win a big race in Queensland before being sold to Hong Kong interests.

He’s now a five-year-old which owns six wins from 20 starts but his effort last start at Sha Tin was poor.

He didn’t pick up behind Exultant and it’s tough seeing him improve enough to win the Group 1 race.

Talented on his day but he’s needing to show something.

Another former Australian (trained by Kris Lees), the five-year-old looked the goods last time out.

The son of Pierro finished only 1.3 lengths behind Exultant and he was finishing the race off stylishly.

He should have come through that run with flying colours and punters are getting solid odds for the favourite.

Gets the inside draw and he’s tough to beat from there.

The Aidan O’Brien-trained filly comes into this having won the Mackinnon Stakes at Flemington last start.

The highly-talented filly ran 10th in the Melbourne Cup prior to that and she didn’t have much luck in the run.

She showed her class when beating Melody Belle over 2000m last start and there’s no reason why that form won’t stack up here.

$3.60 offers some each-way value for punters.

Has three wins and four placings from eight starts. Gets into this race with only 54kg on her back and that’s a big positive.

Drawing barrier four is another positive but punters are taking a risk with this runner. She isn’t experience against this level of opposition.