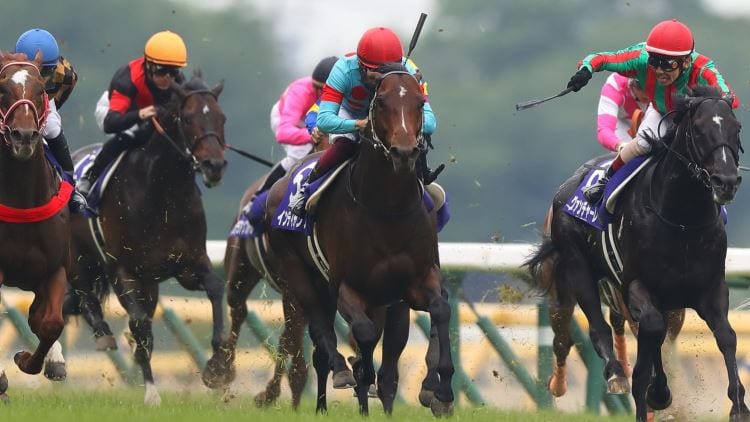 The Hong Kong Mile is one of the most popular races in the world and a terrific 10-horse field lines up this Sunday.

Beauty Generation was once considered one of the best horses in the world, but Indy Champ has attracted most of the attention.

Will there be an upset? Or will the two favourites clear out? 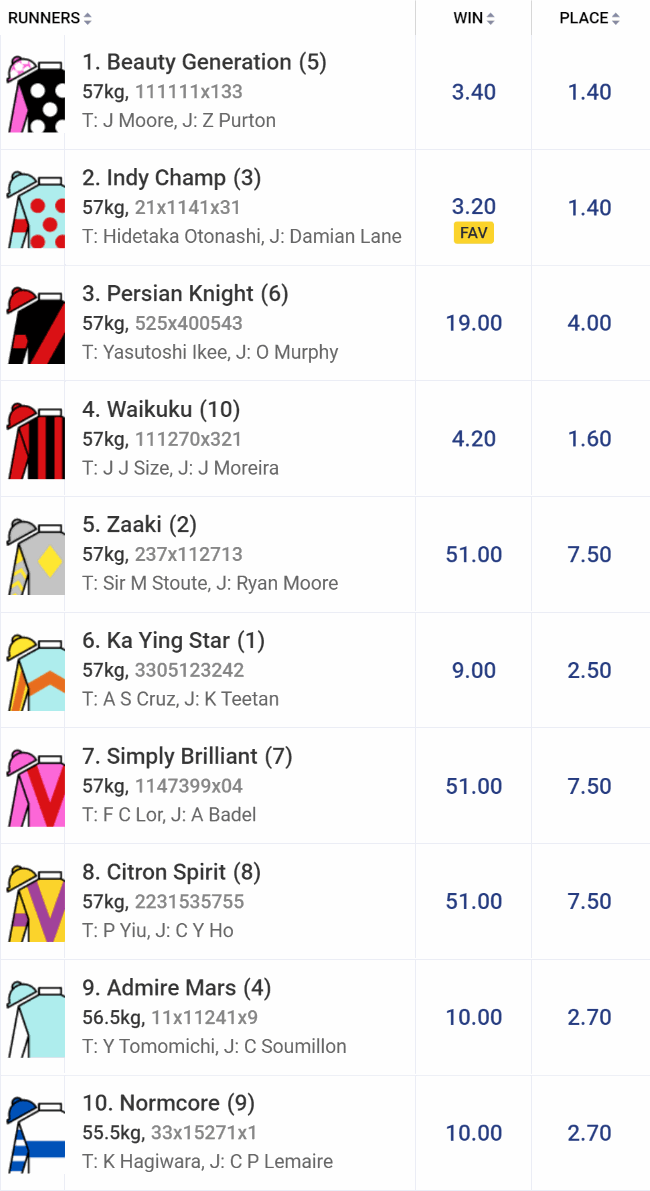 It’s hard to believe that Beauty Generation isn’t the favourite for this race but he has been below his best this season.

The John Moore-trained runner has been beaten at his last two starts and it’s a real concern going forward.

He could easily win by multiple lengths but he’s a risky bet.

Indy Champ could be the champ and he has been heavily backed to win.

The Japanese runner beat a field of 17 runners last time out and The Mile Championship is typically a good form guide.

He’s having his first start on this track, which is a concern, but Damian Lane has been riding in great form and he could make the difference.

Getting better with every run this season but he would need to improve significantly to win this.

Owns only four wins from 21 starts and although he has plenty of ability, this won’t be an easy race to win.

The John Size-trained runner is a six-time winner from 13 starts and he’s growing into a very handy type.

Drawing barrier 10 could pose from problems but he owns good tactical pace and will be threatening to win in the straight.

Showed some ability when last in work but he hasn’t been well-backed at all in the market.

Might struggle over this distance and we’re not liking his chances.

Finding it hard to win a race but he does own a very good overall record. The four-year-old has five wins and seven placings from 12 starts.

His most recent run came at Sha Tin when finishing second behind Waikuku and it’s tough to overlook that form completely.

Paying nice odds and it could add some value.

Much better run for fourth last time out but he’s past his best. Unlikely to figure in the finish here and it would be a big surprise if he did.

Finding life a bit tough at the moment and this is nothing more than a stab in the dark by connections.

Would need to find a couple of lengths in order to finish in the first half of the field.

Disappointing run at Tokyo last time out but his form prior was very good.

The three-year-old from Japan has won five of his eight starts to date and he’s good enough to rebound quickly.

His win in the NHK Mile Cup was full of quality and although it’s tough to line up the form from Japan, it usually holds up well.

Drawing barrier four helps and we wouldn’t be surprised to see it run close.

Another Japanese runner which has rattled off consecutive wins coming into this and offers punters with some value.

The four-year-old filly scored by a half-length in the Fuji Stakes at Tokyo last start and there’s nothing wrong with that form.

Gets into the race nicely on the weights and she could run well at double-figure odds.