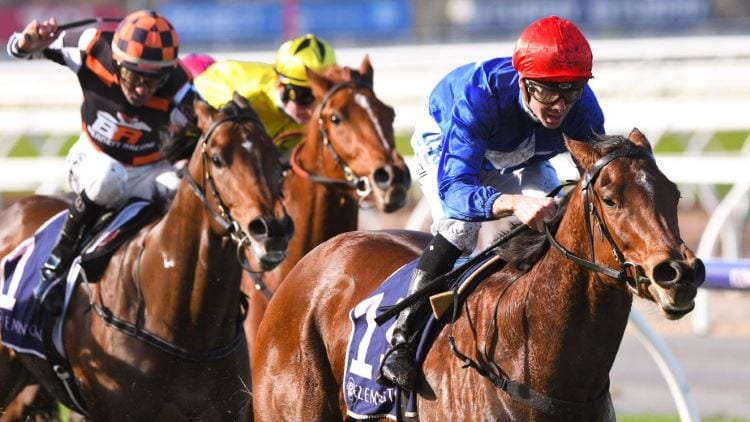 The Inglis 3YO Sprint is a must-see race at Warwick Farm this Saturday. It features some of the emerging three-year-old stars in Australia.

It’s a wide-open market, which punters are going to love.

Our best bets for Inglis 3YO Sprint

Looked a nice type in the making early on but hasn’t kicked on with it. Owns two wins and four second placings from 11 starts, so we wouldn’t completely rule out his chances.

However, we would want higher double the odds being offered.

Owns similar form lines to Accession but this colt looks to have a little more natural ability.

Money is coming for him after opening at $18 and any further betting moves would be a good sign.

Condo’s Express has shown good form in Melbourne and he finished fifth behind Alabama Express last start, which is running in the Group 1 C.F. Orr Stakes.

He’s a gelding that should have won more than two of his eight career starts, but he could win when it counts.

Having James McDonald in the saddle helps.

The Waller-trained runner opened as the favourite but has drifted a touch throughout the week.

He is coming off a tidy effort for third behind Pandemic and that form should stack up nicely in this race.

Punters have every right to be confident with Hugh Bowman riding. However, we would have liked to have seen odds of around $6.

Consecutive placings coming into this race, Rari could offer punters with some value.

He has only one win from nine starts but he also owns four second placings. He’s a consistent type that has been running against solid fields in Sydney.

Worth including in selections at the $17 odds.

Not fancied after showing very little at his last two starts. He ran seventh at Randwick against a much easier field than this.

Bookmakers are offering the right odds.

Didn’t fire when eighth last start and it would take a big form reversal to see him winning this.

His form prior was solid enough and punters are getting huge odds, so he could attract some interest.

Scored a maiden win at Mudgee two starts back and this is a far cry from that run.

Punters would be rich and shameless if he was to win. Comes into this having posted a win at Bathurst and he’s another that would need to improve to win.

Should be kept at a much lower level of racing.

Impressive winner on debut at Pakenham before running fourth at Moonee Valley.

He has since placed in a trial and he gets the inside draw, but the son of Fastnet Rock would need to produce something special to beat this field.

Consistency and class are with Rubisaki, which has four wins and two second placings from six starts.

Trained by Patrick Payne, the filly was too good for the opposition at Flemington last start and she’s a type that could win at Group 1 level.

Carrying 54kg makes her the best winning chance in this race.

She’s a nice type in the making but a touch too short in the betting. Her wins in Melbourne have been good but not on the same level as Rubisaki.

For that reason, we’re not putting her in our selections, but we wouldn’t be surprised to see her around the mark.

She owns good barrier speed and should settle handy.

The three-year-old filly is searching for her fourth consecutive victory after posting a win at Warwick Farm.

She finished a half-length over subsequent winner Positive Peace, so she has good form lines coming into this race.

With only 54kg on her back, she’s well worth backing.

Comes into this race having scored nicely at Wyong last start. Could mature into a nice type and we wouldn’t be leaving her out of calculations.

Just needs some luck from the barrier to feature in the finish.