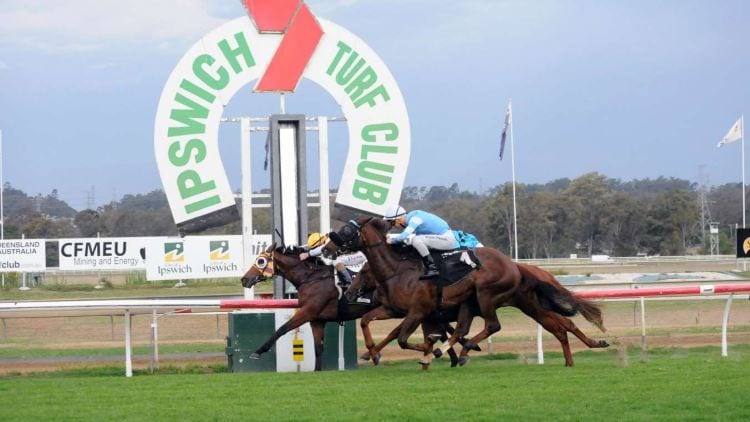 We have expert betting tips for the card this Wednesday at Ipswich that features nine quality betting races.

It’s a busy Queensland card and we have our best value bets available throughout the day.

Capiteel showed pace when running third at the Gold Coast trials last start, so he could make a winning debut.

The well-bred son of Capitalist gets the services of Larry Cassidy and he jumps from the inside draw, which is a big asset.

It could pay to watch for market moves.

Virtuosity has improved with every run and she comes off a second placing at Ipswich, which is a good form guide.

The Chris Waller-trained three-year-old also recorded a third placing at Gold Coast, so those runs hold her in good stead.

It’s another good ride for Larry Cassidy, so keep her safe.

Bold Warrior is unbeaten at Ipswich from two starts and we like his chances of remaining perfect.

The six-year-old son of Spirit of Boom is shooting for his 10th career win and getting the inside draw with a light weight makes that possible.

He handles all track conditions and his turn-of-foot should be enough to get him home.

Doctor Jack owns three second placings this campaign and he has been threatening to break through.

The four-year-old son of Star Witness comes off a second placing at Sunshine Coast by a half-length and only the big weight would stop him.

Punters should get each-way odds on race day.

Kipsbay didn’t show much at his first two starts, but he showed quick improvement to run second at Canterbury last time out.

The three-year-old son of Capitalist pushed a nice type to within a half-length and he followed it up with a trial win at Rosehill.

Barrier 13 isn’t ideal but punters should be confident of another top effort.

Looking to cap off consistent form is First Crown, who has placed in five of his last six starts.

The five-year-old son of Hallowed Crown placed at his only start on the track and with five placings from six starts at the distance, we like the stats.

It’s another good ride for Cassidy, so put him on top.

Edinburgh was much better when running second at Doomben last start and we think that form can continue.

The five-year-old mare finished only a nose behind the winner, and although she hasn’t won for a while, she showed good early speed.

Barrier two with 54.5kg on her back helps.

In Great Nic got back to winning form at Ipswich three starts back before following them up with consecutive placings.

The five-year-old daughter of Nicconi is a two-time winner at Ipswich and she runs her best races at the track and distance.

It’s an impressive record and carrying 54.5kg is a bonus.

King’s Contract broke maidens with a four-length win at Ipswich last start, so he could kick on with it.

The three-year-old runs best with some surface moisture and he should get ideal conditions on Wednesday.

He should get all favours in the run, so put him on top.