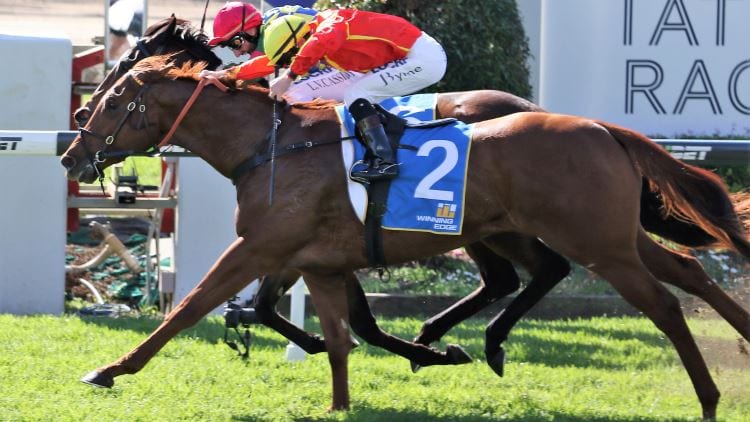 There are some well-performed types running at Ipswich this Wednesday and we have form and free tips for every race on the card.

Punters get eight races to bet on and bookmakers will be offering value odds across the board.

Handy debut run for third at Ipswich and having that experience on this track is going to help. The four-year-old gelding ran 2.7 lengths behind the winner as a $10 chance but this field isn’t overly impressive.

He’s a son of Animal Kingdom with Zabeel lines in the Dam Sire and he’s going to improve nicely over more distance.

Should run at good odds again.

Toby Edmonds lines up the four-year-old gelding which has won two of his five starts and he could kick on with it now after scoring last time out.

The son of More Than Ready scored nicely by over a length and that backed up a maiden win which came by four lengths at Sunshine Coast. Those wins will hold him in good stead for this and he’s heading in the right direction.

Carrying only 54kg helps and having Jeff Lloyd in the saddle is a bonus.

The son of Written Tycoon is looking to remain unbeaten from three starts after recording two narrow victories on this track.

His first was a little less dramatic when recording a 1.3-length win to break maiden grades but his most recent win came by a nose and it he was definitely shaken close to the line.

Senior and in-form rider Mark du Plessis takes over the riding and that’s a positive.

The Matthew Dunn and Robbie Fradd connection are tough to ignore most of the time and Howick should be respected here.

She’s a Denmarket mare which has finished in the first two in six of her 13 career starts and although her most recent start at Lismore was only fair, she scored nicely at Ballina two back.

She will go close in this if she’s anywhere close to her best.

The five-year-old mare has won once from 21 starts with nine placings and it has been tough to watch on occasion. She finished fourth behind a subsequent winner at Warwick Farm last start and if that form is good enough to take this out, it will be the last time we tip her.

Bookmakers should have her relatively short in the betting.

Gogoldcoast has been backed and beaten in all three starts but the Waller-trained should get a winning turn soon.

The nicely-bred son of All Too Hard hasn’t started at odds higher than $2.88 and the same could apply here, but he is a winning chance and only needs some confidence with a good ride.

Robbie Fradd is in the saddle and his aggressiveness should be a help.

Curdled is only a one-start winner but he has performed at stakes level in the past and deserves to be respected here.

The Edmonds-trained gelding has figured in the placings in nine of his 17 starts and has $148,950 in the bank, but has to muster his former ability against this field.

If there’s good pace on up front, the best Curdled would finish over the top of them and we’re banking on that happening.

Shalwa is a consistent mare which scored a massive 7.5-length win at the trials to prepare for this and that bodes well for punters.

She is a one-time winner from seven starts but she has had four second placings and she has the ability to turn those placings into wins.

Her form has come in Melbourne against some strong company and she should be at short odds to win this.