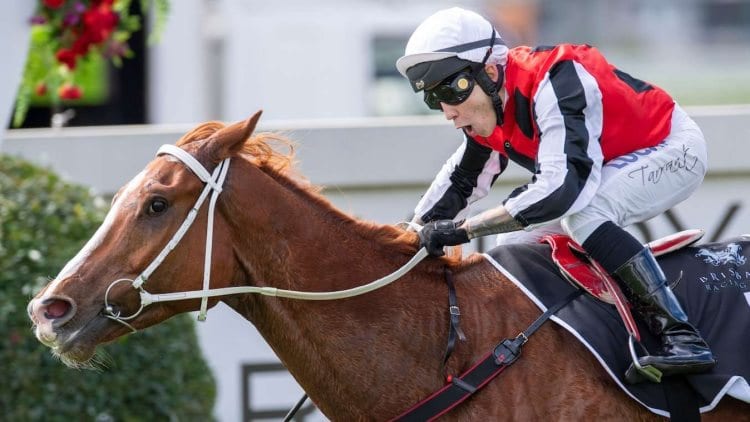 It’s a big day at Ipswich with the Eye Liner Stakes and the Ipswich Cup. There’s a total of nine races carded and it should be a great day on the punt.

This isn’t a strong field and Angel Dane could offer punters with some good value in this first.

The four-year-old mare has finished in the money in 12 of her 17 starts and that consistency should see her right around the mark.

Drops to 54.5kg and Larry Cassidy is a good jockey to have in the saddle.

Sugar Boom has had an interesting start to her career but there’s no denying her potential ability.

The Tony Gollan-trained two-year-old posted a one-length win at Toowoomba last start after failing in the heavy conditions at Gold Coast prior to that.

She ran as the odds-on favourite on debut when the jockey was less than impressive. She ran second on that occasion but showed good barrier speed.

Looks a nice chance in this.

Drops in grade after finding nothing at Eagle Farm last start but his win prior to that was rather impressive.

The three-year-old gelding has good barrier speed and when left alone in front, he typically puts multipe lengths on his opposition.

Drawing wide in barrier 12 and the apprentice claim will help with his chances in this.

Four-year-old gelding Tisani Magic has rattled off consecutive wins coming into this and there’s not much opposition in his way here.

The Kevin Kemp-trained runner has shown good consistency throughout his career, which includes five wins and seven placings.

That’s good enough form to warrant attention here and he should run close.

Drawing wide might put some punters off but the Gollan-trained runner only needs some luck to figure in the finish.

The six-year-old finished a nose behind the winner at Sunshine Coast last start and he showed good tactical pace after almost leading throughout.

He needs to show good barrier speed to cross but that can be achieved.

Kelly Schweida lines up the quality three-year-old which could show off his turn-of-foot against this field.

The son of Sepoy comes into this having finished second at Toowoomba behind Loveson and although beaten, he didn’t lose many admirers.

Drawing the inside barrier is ideal and he’s going to prove tough to beat with only 54kg on his back.

Looking for three consecutive wins is Fighting Teo, which scored a good 1.5-length win at Toowoomba last time out.

The Kemp-trained four-year-old is in career-best form and although he showed nothing to begin this campaign, he’s starting to put it all together now.

There’s not much between many of these and he’s going to get every chance with only 54kg.

I’m A Rippa drops back from racing in the Stradbroke Handicap last week and he could quickly return to form in this.

The five-year-old didn’t run on behind Trekking but he’s dropping right back in class and he’s a dangerous type at his best.

$6.50 is a fair price for an enigmatic runner which should get a nice run from barrier four and be right around the mark approaching the turn.

Scored nicely last start when circling the field because the rein broke down the back straight. That forced the jockey to go around the entire field but it worked out brilliantly.

A three-length win was posted and providing all the gear stays intact for this race, she should be right in the thick of the action.

She’s a six-time winner with the class to win this.