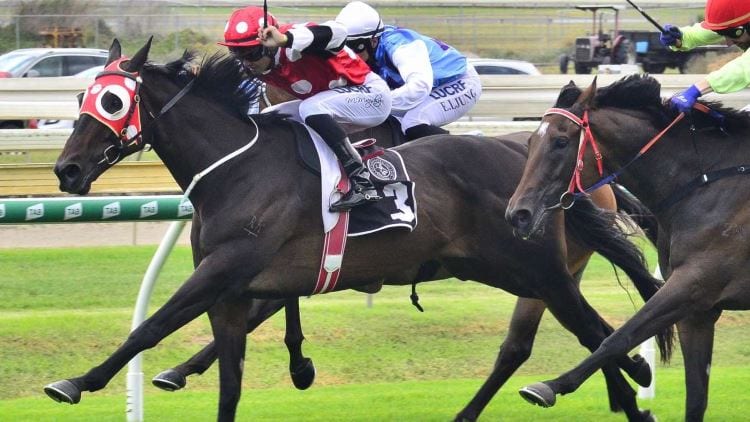 Brisbane racing resumes at Ipswich this Wednesday and we’re hoping the meeting goes ahead as planned.

There have been many cancellations at Ipswich recently but with some quality thoroughbreds in action, the meeting should be allowed to run.

We have free tips and form for every race on the eight-race card.

Looked like she was going to record a massive victory on debut before being run down in the shadows of the post.

Trained by Tony Gollan, the filly by Spirit of Boom was a $1.50 favourite on debut at Doomben and she looked the goods halfway down the straight, but some soft riding from Brad Stewart didn’t help her over the concluding stages.

Two-year-old gelding Ballistic Boy was a terrific winner at the Doomben trials last month and that’s going to shape up nicely for this.

The son of Smart Missile scored by 3.3 lengths and although he doesn’t have race day experience, he looks tough to beat on debut.

Facing a small field should help his cause.

Last start winner at Doomben and that should hold the seven-year-old gelding in good stead for this race.

The four-time winner doesn’t make it a habit of crossing the line first but this will be his first start at Ipswich and it’s a track which should suit.

Draws the inside barrier and that should bring him right into contention.

Matthew Dunn and Jeff Lloyd team up here with William, which has improved nicely this campaign and looms as a winning chance.

The three-year-old son of Fastnet Rock finished third last time out at Gold Coast and form out of that meeting should stack up nicely.

Shamus Award filly which pushed a good one close last time out. The three-year-old filly ran second behind Munich and we’re expecting that form to hold up nicely here.

Tony Gollan lines up the talented type which has placed in five of her eight starts and it’s only a matter of time before she breaks through.

Likely to come here from a good barrier and with a light weight.

Scored a quality win on this track first up and although he was fairly average last time out, he will be better for the experience.

The Toby Edmonds-trained son of I Am Invincible ran eighth behind Mishani Hustler in a strong 2YO race but he faces a much easier task here.

Tricky draw but should be right around the mark.

Knocking on the door of a win after four consecutive placings this campaign. The four-year-old looked good last season when scoring back-to-back wins and that form looks good for this.

He won a tough race at Gold Coast over a smart field and although he hasn’t won since, he looks to have the ability to beat this field.

Each way odds should be available.

Likely to be at good odds with bookmakers after running seventh at Gold Coast last start, but he could offer punters with some value.

He placed at his only start on this track and with a career record of 19 starts for three wins and seven placings, he’s consistent enough to be included in selections at a price.