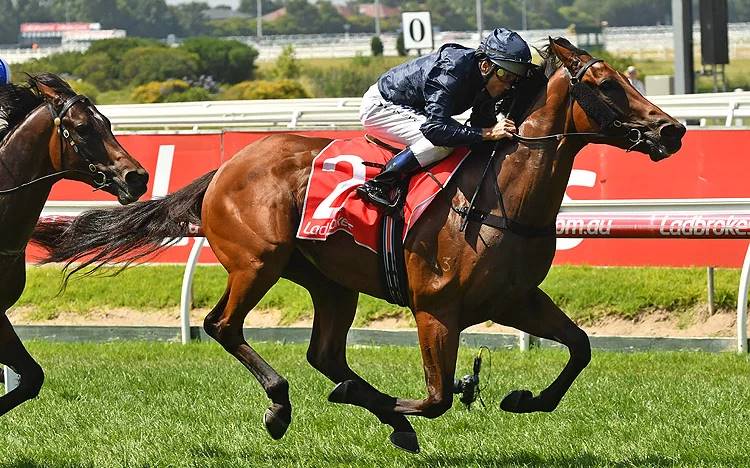 We welcome the new year with free expert tips at Flemington and Randwick. Flemington features the Standish Handicap and Bagot Handicap, which should excite the big crowd on track.

Randwick has the New Year’s Day Cup among eight quality races and we have tips for the best races at both meetings on January 1.

On debut for Lindsay Park and it should be ready to fire on debut. The filly by Star Witness has Craig Williams in the saddle and although there’s little form to go on here, she should be well-backed in the market and punters should come for her late.

Her opening odds of $5.50 have come tumbling into $3.40 and that should shorten.

Hasn’t won for a long time now but has always possessed plenty of class and this is a drop in class. The Lindsay Park-trained colt has been running against Group 1 opposition, including the likes of Sunlight and Native Soldier.

His run for third in the Sandown Guineas last start was a good form guide for this and the three-time winner has a 3kg claimer in the saddle which is a big help.

This is an even field but once again we think Lindsay Park have the best runner in the field. The three-year-old filly by Denman finished a close third on debut before improving to win at Sandown by a big margin.

She scored by 2.75 lengths and was never really fully let down. The increase in distance to 1400m is ideal and being by Denman, she should be able to stretch out to longer distances.

Continues to win at a frequent rate having scored four wins from his last five starts. The Darren Weir-trained runner has record three wins and two placings at Flemington and that experience is vital.

Most of his wins at Flemington haven’t come down the straight and that’s a worry as he likes to use the rail to his advantage but it’s tough to overlook his form and punters are getting good each-way value with bookmakers.

That wasn’t a bad effort for fourth behind Silentz last start and the form out of that race should stack up nicely.

Trained by Tony McEvoy, the four-year-old gelding was a winner at Pakenham prior to that and he has always shown ability to win at this level.

Punters have climbed into the odds and rightfully so.

Chris Waller lines up the four-year-old mare which didn’t handle the heavy track last start but looked good winning prior at Hawkesbury.

The daughter of Pierro should relish the rise in distance to 1800m after winning over 1500m earlier this season and being back on a good track should do the trick.

Sizzling Ace should have broken maiden grades but now but the Waller-trained runner gets its best chance to break through here.

The three-year-old filly finished third in the Sires’ Produce at Doomben earlier this year but she has had her chances down in grade recently. Two of those runs have come on heavy tracks and we think she’s better on a firmer surface.

Nice odds on offer and worth taking.

Defeated a small field of seven to win last start and this isn’t much harder. The Kim Waugh-trained stayer was a steady 1.8-length winner at Randwick and despite being an eight-year-old, he’s in career-best form.

Carrying 60.5kg won’t be easy but the $1.95 is a fair price and he looks to have most of these covered with ease.

Carrying only 54kg is going to help the Waller-trained filly which scored a maiden win three back before placing behind The Art of the Bar at her next two.

The daughter of I Am Invincible produced a good finish to run second at Warwick Farm last start and she should build nicely off that.

Has been the best-backed runner in the field.