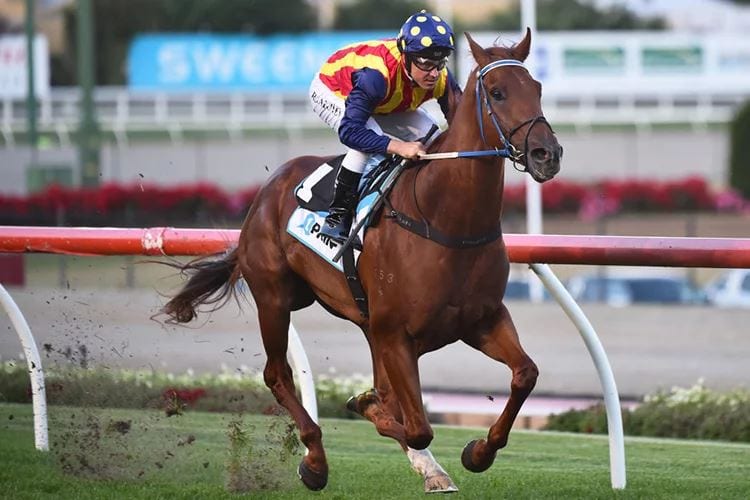 The heat hasn’t quite dissipated yet, but that’s stopping the thoroughbreds from running at Canterbury and Sandown this Wednesday.

Only the seven races on the midweek card at Canterbury, but Sandown has a quality eight-race card and there’s great value across both meetings.

Betting on Wednesday is a good chance to build the bankroll before a big Magic Millions Saturday.

The son of I Am Invincible had a lengthy trials campaign before getting to the races, but that has proved to be vital as he has impressed in three starts to date.

Over the course of five trials, he was only able to beat home four horses, but since progressing to race day he has placed in all three starts.

The money is on and that’s always a good sign from this stable.

The five-year-old mare wasn’t too far away from the winner at Moonee Valley last start and this should be an easier target.

Darren Weir lines up the daughter of Starcraft which produced back-to-back wins earlier this season. The first came at Moe where she won by a nose before beating a tidy field at Moonee Valley by a half-length.

She should be able to recapture her best form for this and provide punters with an each way chance.

Robert Smerdon lines up a talented sprinter which looks to be heading in the right direction this preparation.

The three-year-old by Nicconi was a narrow winner on debut at Mornington before running a gallant second at Moonee Valley.

A return trip to The Valley was on the cards and he didn’t disappoint, scoring a 5.5-length win over a talented field and that showed just how good he can be.

Dropping to midweek level is ideal and although he has been stung in the weights at 60.5kg, that shouldn’t matter too much over this distance.

Bookmakers are offering good value for the Weir-trained runner, which finished close in behind the winners at Geelong last start.

That run for fourth came after a narrow win at Cranbourne and although facing a harder task here, the value is on offer.

His form has been consistent enough this campaign to consider at odds here.

Punters have rallied around this mare and it’s not hard to see why.

Jerome Hunter lines up the four-year-old which has won four of her six starts to date and she should have won at Moonee Valley last start.

The daughter of Bel Esprit was blocked for a run around the turn and that was enough to see her winning streak ended at three.

The 63.5kg is helped by the claim of Stephanie Thornton and the opposition is going to have a hard time keeping up.

Pickelhaube has won his last two starts in Melbourne and that form should stack up nicely in Sydney.

The James Cummings-trained gelding won by 3.5 lengths at Wangaratta in December before repeating the dose at Yarra Valley in a field of five.

There are a lot of unknowns in this field of four, but he has shown enough professionalism to suggest the occasion won’t get the better of him.

This will be a significant betting race so follow the betting for any leads.

Significant money has come for the Waterhouse/Bott-trained runner which has had plenty of fitness under the belt.

The three-year-old filly is on debut, but she has had seven trials over the course of 18 months and that should have her prepared nicely for this.

A daughter of Dream Ahead, Shumookh has won her last two trials at Hawkesbury and Randwick and that form should stack up well for this.

Ron Quinton lines up the four-year-old mare which scored a handy win at Canterbury last start.

The daughter of Hinchinbrook has won two of her 10 career starts with four placings and she looked good when winning narrowly last start and that’s a good form guide for this.

She has won both starts on this track and her form has been around the likes of Sugar Bella and Malaise – two recent winners.

The weight of 60.5kg isn’t ideal, but most of the field is weighted highly so that shouldn’t be a major issue.

How to read the horse racing form guide