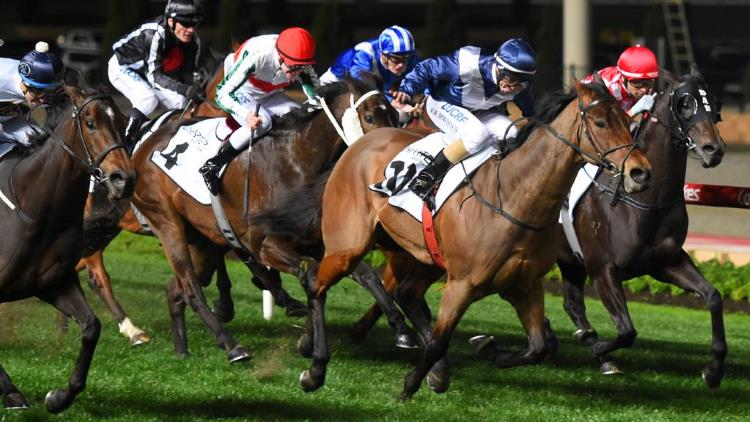 The Magic Millions are running at Gold Coast on Saturday and we have tips for the big races of the day.

There’s also a great supporting card at Randwick and we have done the form across both cards to find the best punting value this Saturday in Queensland and Sydney.

Dinnigan is the shortest-priced favourite of the day and she should get punters off to a winning start.

Gai Waterhouse and Adrian Bott line up the Snitzel filly which has placed in three of her four starts to date and her latest came behind Magic Millions 3YO fancy Pierata.

It’s only a matter of time before Dinnigan breaks maiden grades and this would be the perfect time to break the shackles.

The odds for Havasay are steadily drifting due to it drawing wide in barrier 14, but he’s still worth following.

Trained by Liam Birchley, the five-year-old has won six of his 25 starts and has been making good late ground in two starts this campaign.

He looked better than average when winning all four starts last preparation and anything close to that form takes him close here.

He’s a solid each way play and he could pay more than $2 to place.

We’re not surprised to see money coming for Sedanzer and punters have seemingly forgiven her defeat at Gosford last start.

The talented four-year-old was narrowly beaten by Pecans, but that came after four consecutive wins where she looked special.

She was good enough to be entered in the Oaks last season and she should be able to account for this big, but only moderate field.

Punters are getting great value for this recent winner, which has stakes winning form to his name.

The four-year-old was a winner at Randwick last time out against a superb field and he’s more than capable of bringing that form to Queensland.

He was a winner at Doomben in November when he won by 1.3 lengths and we’re expecting something similar this time around.

Care to Think has attracted plenty of attention, but Crack Me Up is better suited under these conditions.

Check out our full Magic Millions 3YO Guineas preview here

Check out our full Magic Millions 2YO Classic preview here*

Viddora rose to fame when winning at group one level last start and punters are now starting to take notice.

The Lloyd Kennewell-trained five-year-old scored by 1.5 lengths at Ascot and hasn’t been seen since, but she typically runs well with a freshen up.

Bookmakers took plenty of early action and her odds dropped to $2.15, but there’s more value on offer now and punters should take advantage.

The Gerald Ryan-trained filly scored a quality win at Randwick last start and despite beating only four rivals, it was good enough to be considered here.

She has been around the mark in all four career starts, which includes two wins and two minor placings. That record should stay intact this Saturday and bookmakers are offering good value.

All but one runner is quoted at single figure odds, so expect a close finish.

Reach for Heaven hasn’t raced for five months, but he always runs well fresh up and he looks to have good ability.

The Kris Lees-trained runner won a trial at Newcastle to prepare for this and his form last campaign included two wins and some close-up finishes at Canterbury and Rosehill.

There’s not much covering this field and the four-year-old should have plenty to give in the concluding stages.

There wasn’t much getting in the way of Dreamforce last start and we see a repeat on the cards.

The John Thompson-trained runner scored by 5.5 lengths against a top field and dropping to 53kg is only going to make it harder for this field to catch him.

The free-running type is looking for his sixth win from 15 starts and we’ll happily take the $2.30 on offer after he opened at $2.90 when New Universe was still in the field.

Punters will have to take the shorts on offer for Sugar Bella, but she should end the day on a high note.

The Lees-trained runner has won both starts with style this preparation and four of her five starts in total.

Despite a long injury break, she has returned in style and the odds are justified.