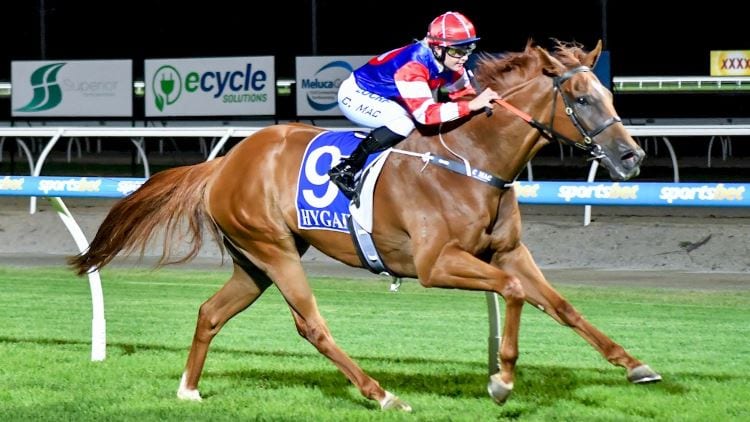 There’s always some great midweek racing action to follow on Wednesday and Sandown and Canterbury are producing the goods this week.

Quality lead-up races to the major Saturday racing are on show and punters can get the jump on the good value offered by bookmakers.

We have our best bets and best value runners across both Sandown and Canterbury.

Two starts for two solid performances without being exceptional. The Darren Weir-trained three-year-old has more upside than most in this field and that’s why he has been heavily-backed to win.

He’s a well-bred colt by Redoute’s Choice which finished only three lengths behind the winner at Caulfield last start and that’s good form for a midweek maiden.

Jason Warren lines up the four-year-old which improved to run second at Geelong last start behind Clarice Cliffs and that should be enough to warrant attention again.

The daughter of Street Cry was a winner three back at Moe and although it came only by a length, it was a solid performance and that of a mare going places.

This isn’t a strong field and she should take advantage of that.

Scored in a good form race last time out at Caulfield and we’re fully expecting that form to hold out nicely in this.

The Mike Moroney-trained son of Windsor Knot is a four-time winner from eight starts and three placings, which should progress through the grades nicely and this race should be at his mercy.

Jack Martin takes some weight relief off his back and getting the inside draw is going to see him in this for a long way.

Capped off some consistent form with a one at Caulfield last start and city-class form is going to take him a long way. The son of Sahkee’s Secret improved his record to six wins and 10 placings in what has been a solid career to date.

His placing prior to this last start win came behind subsequent winner Star Fall, which travelled to Sydney to win again. That’s strong form and something punters shouldn’t take lightly.

Chris Waller lines up the three-year-old colt which has the breeding to suggest it could break maiden grades in very quick time.

The son of Ocean Park finished third last time out at Warwick Farm before winning a trial at Rosehill by a neck. That’s typically good trial form leading into a race like this and having stable rider Hugh Bowman in the saddle is a bonus.

Another Waller-trained runner which ran well for second on debut at Canterbury behind the talented stablemate Plenty.

The filly by All Too Hard has good trial form before running on debut, which included a win and a placing at Canterbury and Rosehill.

She doesn’t get the best of barrier draws here from eight but Bowman riding helps and there is consistent money coming for her in the betting.

Thought the James Cummings-trained runner would have been shorter in the market after posting two wins from three starts, but punters should take the value on offer.

The three-year-old gelding was a narrow winner at Canterbury last time out and although only a close victory, he hit the line with good purpose.

His form throughout his career has been good and having James McDonald in the saddle is only going to help his winning chances.

Desert Lord might not have won over many punters with his last start fifth at Warwick Farm but he has since made amends by scoring a recent trial at Rosehill.

The son of High Chaparral finished fifth behind Spring Charlie last start but found a good turn-of-foot to score earlier this month at the Rosehill trials and his form throughout his career has been top notch.

$3.60 is a fair price from bookmakers and one work taking.

Chris Waller lines up the mare by Pierro which comes into this off a win at Randwick and she should take good benefit from that.

The four-year-old mare has yet to finish outside of the placings from five starts, which includes three wins and all three wins have been in quality races.

$2.60 is a on the shorter side of value but Hugh Bowman rides and that’s a positive.