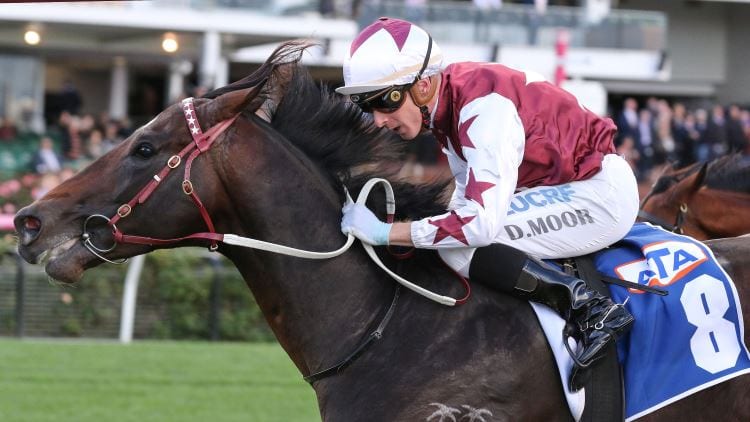 Moonee Valley hosts a quality eight-race card this Friday night, which features even betting fields and some Saturday-quality fields.

We have done the form to find our best bets and value tips for every race on the card.

Darren Weir lines up the aptly-named Hulk, which could bully the opposition out of the way this Friday.

The son of I Am Invincible hasn’t had any public trials and he has stayed solid in the market at $5 throughout the week, but it could pay to follow any late moves for the two-year-old.

We love the name and we think punters will come for him late.

Getting closer to a win is Gatting Ball, which is a four-year-old that has finished second at his last two starts. The Weir-trained stayer has been knocking on the door of a win and he finds a field capable of beating here.

He’s a three-time winner with nine placings to his name and the small field should ensure he gets another good chance to score some stake money,

Scored at will on debut when winning by 1.5 lengths at Caulfield and he looks capable of producing back-to-back wins. The Nick Ryan-trained three-year-old was well-backed on debut and the support has come again.

He’s a son of Street Boss which is drawn to get a nice drag into the race and be tough to beat close to the line.

Was a good winner fresh up at Bendigo when scoring by five lengths but she hasn’t quite lived up to expectations since. The four-year-old mare has run at Flemington, Ballarat, Sandown and Doomben, so the consistency hasn’t been there.

This will be her first start at Moonee Valley and it’s a track which could suit the daughter of Foxwedge. She just needs to jump well and be right in the thick of the action.

Miss Norway had plenty of friends after scoring back-to-back wins earlier this campaign but they have quickly dropped off after she ran fifth last start.

The John Sadler-trained mare is a five-time winner from 11 starts which was ridden upside down at Caulfield and her record at Moonee Valley is good.

Jockey Mark Zahra should drop back to find cover and come with one last run at them. His senior riding skills should realise that.

Good value on offer for a last-start winner which could start stringing wins together. The Matt Laurie-trained four-year-old took an age to win his second race but now that he has broken through, he could win again.

This isn’t the strongest field we’ve ever seen and with a claim from Ethan Brown, expect Aberro to be right in the thick of the action.

Lovely horse which does need pace on up front to show his best but that shouldn’t be a problem with the likes of Brave Smash and Manuel in the race.

The Group 1 winner returns having finished fourth in the Kennedy Mile behind Best of Days but the pace didn’t suit him on that occasion and he’s going to be more lethal around the tight-turning Valley bend.

Tough race but bank on his class at an each way price.

No odds for this race but Chapel Road should be paying a solid each-way price given his consistent record. The Mick Price-trained six-year-old has been finishing close behind some nice types recently and that could be good enough to win.

He has drawn nicely in barrier six and he gets some weight off his back via Michael Poy.