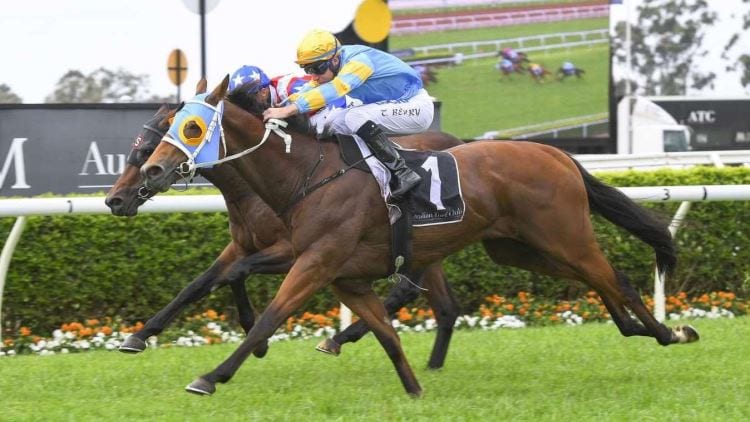 The Australia Day public holiday is always a great day to have a punt and we have our best tips for both Warwick Farm and Sandown.

Make the best of the public holiday and earn some extra cash on the punt.

Nice odds on offer for a three-year-old filly which finished a close fourth on debut behind His Kingdom before improving to run third behind Vegadaze at Canterbury.

Her trial form has been outstanding with a placing behind Terminology and a last start win at Warwick Farm.

That bodes well for this and punters are getting great odds for her to produce a win come race day.

The former New Zealand runner is fresh up after winning against a four-horse field at Randwick last year and although her recent trial was poor, she wasn’t asked to do much.

Chris Waller lines up the three-year-old which has won two of her six career starts and that also includes two placings. She gets into this race well off on the weights at 57.5kg and having Hugh Bowman in the saddle is a good sign.

We’re not entirely happy about tipping consecutive runners at an odds-on quote, but Gayatri looks tough to beat and her odds might shorten even further.

It’s the same Waller/Bowman combination and considering her recent half-length win at Randwick to prepare for this, she looks a good bet once again.

She has won three from five and expect that record to continue in the right direction.

We’re not sure what has gotten into Etymology his last two starts but he has a new lease on life and punters have been cashing in.

The James Cummings-trained six-year-old scored by 4.8 lengths two back at Flemington before going even better when winning by five lengths on the same track.

This will be his first try around this track, and that’s a concern, but given his current form, that’s the only concern.

Adana has the class advantage over most of these and although she was only fair at Flemington last start, she scored nicely to break maiden grades two back after running against some smart ones prior.

She had been running against the likes of Military Zone, Sure Knee and Brilliant Choice. She finally got the elusive maiden win and she could now kick on with it.

Has had the benefit of a race day start and she was unlucky not to win that. The two-year-old filly finished a nose behind Pin Sec at Randwick and with a better ride, she wouldn’t be in maiden grades.

That bodes well for this and we’re expecting bookmakers to have her short in the betting.

Taxi is a runner which will need more ground but there were positive signs last start when running third over 1205m and although this is shorter, he could win.

He’s a son of High Chaparral and that naturally suggests that he’ll want further. He doesn’t get that here but he gets the inside draw and given that there are no superstars in this race, he could win and pay a nice price.

Darren Weir-trained three-year-old which did the job nicely on debut at Ararat when scoring by over a length.

The well-bred son of Tavistock scored by 1.3 lengths and although he’s facing a much harder task here, he looked to have something in hand on debut.

Having a strong rider in John Allen in the saddle will help here.

Kazio was only narrowly beaten at Flemington last start and that came against a field slightly better than this. The three-time winner rarely runs a bad race and he’s going to enjoy getting the apprentice claim from Michael Poy.

That brings the consistent gelding into contention and bookmakers should offer an each-way quote.

Peko is as consistent as they come with six starts for two wins four placings. The mare by Bel Esprit was a 1.3-length winner at Sandown last start and prior to that she hadn’t finished worse than second in five attempts.

She stays in the same grade for this but rises up from 57.5kg to 62kg, but the claim from Michael Poy is some relief and she should be able to continue her fine run of form.