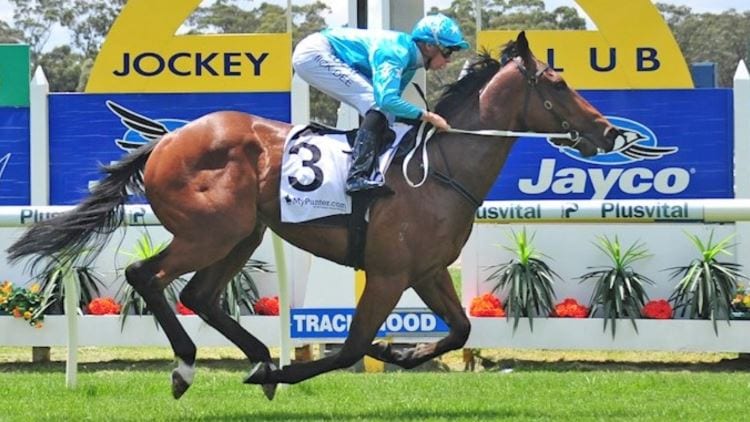 Mornington and Gosford host the two metropolitan midweek meetings this Wednesday and we have free tips, form and odds for our top races.

There are no superstars on track this Wednesday but there’s always value to be snapped up at the midweek level and there is some good money to be made at Mornington and Gosford.

Darren Weir-trained filly which has run second at her last two starts and she has enough improvement in her legs to take out this tough maiden.

The three-year-old by Pierro is only going to improve with racing and her last start placing behind Ciceroni at Cranbourne should prove to be a good form guide.

The Robbie Laing-trained colt was touted as a potential Group 1 winner before hitting the track and he was a disappointing betting prospect in two starts last campaign.

A well-bred son of Fastnet Rock, the highly-touted colt ran third as a $2 favourite on debut before running third again behind the well-performed Bleu Roche at odds of $1.67.

Those races were tough and this is much easier, but bookmakers have suspended the market and we wouldn’t take anything lower than $1.70.

Tour Down Under scored consecutive wins before running a solid fifth at Caulfield last start and one of those wins came at Mornington.

The four-year-old gelding won as the $1.80 favourite on that occasion and he didn’t lose any admirers when rising up in grade last start. Drops back in class here, rises in weight, but the $3.70 is a good price and there is value with that quote.

High Ratio might have a big weight to carry but he brings in form lines that should be enough to put lengths on this field.

Trained by Mick Price, the three-year-old gelding was a winner on debut at Bendigo by 1.3 lengths before running three subsequent races. Those three races came behind Blue Diamond winner Written By, Thine Is the Power and Tony Nicconi.

That’s some seriously slick opposition and he’s going to find this much easier.

Looks a nice type after recording a one-length win at Geelong last time out and she could kick on with it now.

The four-year-old mare has been patiently-handled to date with only three starts for two wins and one second placing. Her only defeat came at the hands of Declarationofheart and that form should stack up nicely.

She should be tough to beat and punters will likely take the odds-on quote.

Bjorn Baker lines up the three-year-old which on debut after some pleasing trial work. The Foxwedge filly scored by 5.3 lengths at Warwick Farm to prepare for this and that was a good hit-out.

She also scored an emphatic three-length trial win at Rosehill but the only concern is that she’s not shorter in the betting. This is a stable that loves to punt their horses in so watch for any late betting moves.

The three-year-old has drifted slightly in the betting throughout the week but he should remain as one of the first two favourites.

He comes into this having run second on debut at this track where he was favoured to win at $1.90. He didn’t lose any admirers in running just 0.8 of a length behind Starismo and that form should stack up well.

Being a gelding by Fighting Sun, he’s got some growing to do and we think he’ll go close here.

The John Sargent-trained four-year-old might not attract many punters here but he comes into this with a recent trial win under his belt where he looked impressive.

That came at Warwick Farm where he scored by 2.3 lengths and he returns to a track where he has had three starts for one win and one placing.

He’s an each-way chance at the odds.

Good odds on offer for a two-year-old carrying these colours and boasting a recent trial placing Aussie, which finished second in the notable race on Saturday.

His first trial was only fair at Warwick Farm but the son of So You Think improved as expected second-up.

This is by no means an easy debut race, especially with the likes of Satin Slipper engaged, but the value is too good to pass up.