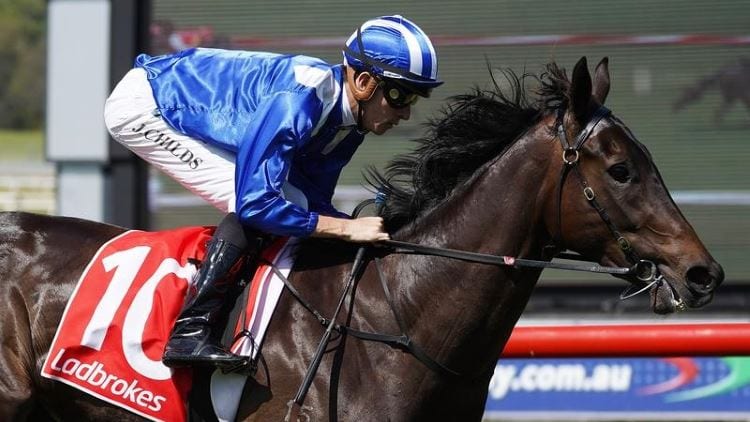 Punters can bet into some good races this Wednesday at Canterbury and Caulfield. We have free tips and form for our best tips at both meetings.

Temperatures are warming up and the summer/spring thoroughbreds are getting into the action, which is great news for punters.

Chris Waller lines up the debut winner Re Edit, which has since been to the trials and although she didn’t show much, it was just a hit-out to prepare for this.

The three-year-old filly was a narrow winner on debut when beating Sizzling Ace and although that was only maiden grades, the form out of that race has stacked up nicely.

Looks capable of going back-to-back to start her career.

Always a risk backing runners on debut but the Waller-trained filly looked good at the trials and her breeding suggests she won’t take long to break maiden grades.

The daughter of All Too Hard won her most recent trial at Rosehill and had trialed at Canterbury prior to that when running second. The form out of both trials looks good for this and it should be well-backed in the market.

Seababe has been a touch expensive this season but the Gary Portelli-trained runner has potential and could cause a minor upset here.

A four-year-old mare by Sebring, the two-time winner from 20 starts has been knocking on the door of a win this preparation and she has struck a field which looks there for the taking.

Chris Waller and James McDonald team up with this three-year-old gelding which has been around some of the more impressive types in Sydney without looking like a winning threat.

The son of Stryker finished fourth behind unbeaten Zalette last start and his form prior included four-length defeats behind the well-performed Dio D’oro.

This is some drop back in class and punters should be expecting him to improve drastically.

Nothing wrong with her second placing behind Miss Celebration last start and she should be going close to scoring the elusive win this time in work.

Trained by Bjorn Baker, the daughter of Not A Single Doubt has finished in the money in five of her seven race day starts and she is rarely too far away from the winner.

This is a tidy field with many improving types but if she can carry 59kg, she should be able to put her best foot forward.

Lindsay Park lines up the last-start winner which looked impressive at Sandown and should be able to go on with the job.

The filly by Denman scored by 2.8 lengths in a solid time and her breeding indicates that she won’t mind rising up in distance.

Fred W Kersley takes some weight off her back and she should be competitive.

Missed the jump by a long way at Morphettville last start and still managed to flash home late to run third behind Sir Garfield.

Missing the jump is a concern, especially at this level, but if the son of Camelot can jump on terms, he’s going to be tough to hold out.

He was a winner on debut at Sandown by a nose and the Yulong stables is having a lot of success in Australia.

Former New Zealand four-year-old which scored a win at Hawera by a half-length before coming to Australia and having immediate success at Seymour.

The son of Echoes Of Heaven scored by almost a length last start and given that he stays in the same grade for this and carries around the same weight, he must be considered as a winning chance.

Drawing barrier two helps and he should be in it for a long way down the straight.

Two-time winner from five starts which finished fifth at Sandown last start but was within a length of the winner, so the form doesn’t appear to be as good as the run was.

He’s a son of Rip Van Winkle which scored a four-length win at Warrnambool three back in October before going another solid race at Cranbourne when second behind Vitani.

That form should stack up nicely for this and although lumped with a big weight on his back, he has the class to carry it to victory.

Punters should always respect runners from the Darren Weir stable and Beetobee is a consistent type which has finished in the money in four of her five starts.

The uniquely-bred four-year-old has had her last three starts at Moonee Valley and she should enjoy the bigger track of Caulfield.

Her win three back came by a half-length and she paid good money when second last start. That form looks solid for this and she should be around the mark.