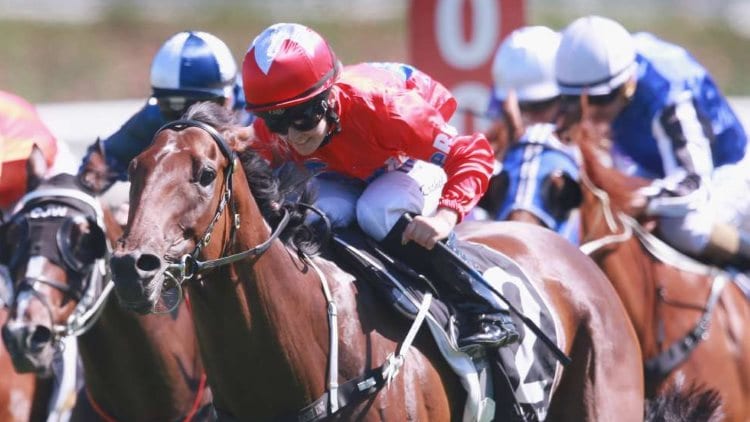 The Brisbane Winter Carnival has two feature meetings left and one happens this Saturday.

Three Group 1 races on the offering for punters and there’s also a great betting card at Flemington with good each way fields.

We have free tips and form for the best races across both Saturday premier meetings.

Missile Coda is a force to be reckoned with when she’s right and she showed what she can do last time out.

The four-year-old mare scored by 1.6 lengths at Rosehill in a scorching display and she’s well-weighted at 54kg for this.

Drawing barrier three will allow her to find a good position in the field and she has the ability to grind home well on the pace.

The former Japanese runner ran well when fourth behind Snippet’s Land last start and that form should be respected.

Now with Anthony Freedman, the son of Heart’s Cry was a three-length winner fresh up at Sunshine Coast and he can be forgiven for not winning second-up when rising in grade.

He will be better for the experience and there’s plenty of confidence around the tracks with this runner.

The inside draw is ideal and his best Japanese form would put lengths on this opposition.

Darren Weir has this three-year-old travelling sweetly after posting consecutive wins leading into this race.

The son of Animal Kingdom looks set for a stud career after scoring a win in the Adelaide Guineas and there’s many more wins in store.

The four-win colt loves running over the mile and although this is a tough field, he’s more than capable of running well again.

The Waterhouse/Bott-trained mare gets a 6.5kg advantage over Ambitious here and that could make all the difference.

She’s a highly-talented four-year-old which has won seven from 17 starts and her effort for third behind Rising Red in the Premier’s Cup was a good run.

Her opening odds of $4.40 have been smashed into $3 and she’s another nice type that gets a favourable draw at Doomben.

Moss Trip is a filly on the rise and punters shouldn’t worry about the draw.

Trained by Peter and Paul Snowden, the three-year-old flew home to score by two lengths at Scone last start and she has since won a trial at Randwick.

The daughter of Mossman is bred to enjoy the rain-affected tracks and conditions are going to be right up her alley.

That was a strong win at Sale last time out and she looks capable of handling the rise in class.

Team Ellerton/Zahra lines up the two-year-old which finished a length behind the winner on debut and justified her favouritism tag last start.

Punters got the money last time out at Sandown when Lycurgus sprinted away for a tidy win.

The Danny O’Brien-trained four-year-old made it consecutive wins after scoring easily by 3.5 lengths prior to that and the only concern is that both wins came at Sandown.

His form prior at Caulfield was a touch concerning but he’s in fit order now and carrying 54kg will give him a better chance of showing off his turn-of-foot.

The five-year-old gelding lives up to his name, having won seven from 17 starts.

Henry Dwyer lines up the son of Reward For Effort which has been prepared for this with three recent trials and his form last campaign was superior to the opposition he faces here.

He recorded four straight wins and two of those came on this track. Having form at Flemington is a big positive and although he’s carrying a big weight, he gets some weight off his back with Ethan Brown in the saddle.

Imported runners should always be respected and Darren Weir lines up Manastic, a French import with winning form.

The four-year-old by Fastnet Rock scored a win at Clairefontaine by a length and although that came in maiden grade, he should be able to handle this class.

French form has stacked up very well over this last season and the $5 suggests that there’s stable confidence.