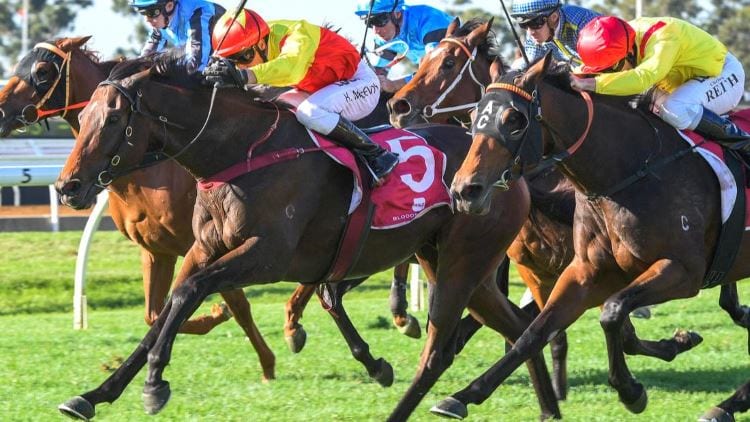 We have expert betting tips for the card this Saturday at Kembla Grange, which features nine quality betting races.

Kembla Grange gets its day in the sun with a nine-race card, which includes the $1 million The Gong.

It’s the only Sydney meeting this Saturday and all eyes will be on the provincial New South Wales track.

The daughter of Hinchinbrook scored by 1.3 lengths and that followed a trial placing behind Tilla Rose, which has since made a winning debut.

Bred to be quick and the early betting signs are positive.

Given the unpredictability of this race, punters might as well take a runner at nice odds.

Moss The Boss fits the bill after recording consecutive second placings coming into this. His most recent placing was a close finish at Goulburn and that should be good enough form.

He has finished in the money in eight of his 12 starts so respect his each-way hopes.

Peter and Paul Snowden lines up the four-year-old gelding which scored a break through win at Rosehill last start.

The son of Pierro scored by a length and that was his fourth win from 13 starts, so he’s a consistent winner.

Drawing barrier four will see him be right around the speed and Tim Clark is one of the best front-running jockeys around.

That was a stylish win from Lucicello last start at short odds and punters are getting better value now.

The Chris Waller-trained filly has now won three of her seven starts and she looks a type which could win at stakes level pretty soon.

She’s going to get every chance off barrier three and with James McDonald in the saddle, expect a premium ride.

That was a much better run from Turnberry last start when running third at Rosehill and he could continue with that form.

Trained by Kris Lees, the five-year-old is a professional six-time winner which has form around some quality types.

There isn’t much between the majority of this field and we’re liking the odds on offer for Turnberry.

Seasons is a rising type which has yet to run worse than second in six career starts.

The Les Bridge-trained runner hasn’t been winning the strongest form races, but she deserves respect on ability alone.

She has finished second in a higher grade than this and there was plenty to like about her trial coming into this.

Ron Quinton trains the four-year-old which has been mixing his form of late, but the talent is there.

The son of I Am Invincible was a touch disappointing when running seventh fresh up but he has won second-up in the past.

This is an even field and with a good ride from barrier 11, he should be able to settle midfield and close off nicely.

Must be included at the odds.

Final Award wasn’t all that far away when running sixth last start and he could turn that form around.

The Mark Newnham-trained four-year-old looked good prior to that when placing at Warwick Farm and Randwick, so that form should be considered here.

Has more wins in store and there has been some confident money coming.