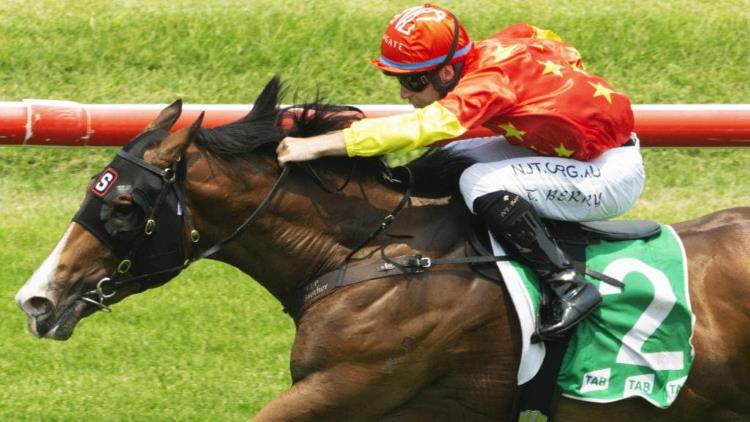 The Magic Millions 2YO Classic is one of the most anticipated races of the year and it happens this Saturday.

A full field of quality two-year-old juveniles do battle for the $2 million prize and it’s a wide-open contest this year at Gold Coast.

Our best bets for Magic Millions 2yo

King’s Legacy showed his ability when beating Every Rose at Eagle Farm last start. We think that’s going to be a good form guide for this race.

He’s in the right hands for this race and Kerrin McEvoy should enjoy a good trip in transit from barrier seven.

Attracting plenty of attention with bookmakers is Farnan. The unbeaten colt hasn’t done much wrong in posting wins at Canberra and Wyong.

The Wyong win also came over Every Rose and that’s a good form guide. Likely to push forward from the draw and try lead throughout.

He’s clearly talented but we couldn’t pick them all.

Rathlan has improved with every run and that culminated with a win at Doomben last start.

However, he finished second in the Clockwise Classic at Ballarat prior and that’s never a good form guide, hence his current odds to win.

The James Cummings-trained runner would have been shorter in the betting had he not drawn barrier 17.

The son of Brazen Beau won on debut at Flemington and flashed home to finish second behind Wisdom of Water at Gold Coast last Saturday.

Chance but he needs a lot of luck.

Aim has been sensational in two wins to date. The Snowden-trained colt scored at Rosehill on debut before putting them away with ease last start.

His win at Randwick came by four lengths where he showed an incredible turn-of-foot to destroy a quality field.

Drawing barrier two only adds to his appeal.

Punters are getting good money for this runner and he shouldn’t be overlooked.

He scored nicely at Gold Coast last start and although the form wasn’t as strong as others, he won with style.

Worth including in first four bets at the odds.

Peter and Paul Snowden have a strong chance in this race and Nitrous could show up at odds.

He’s coming off a win at Canberra and Randwick, with the Randwick win coming over a speedy but inexperienced field.

Hugh Bowman rides so we wouldn’t put a line through his chances.

Big odds on offer for the Chris Munce-trained colt that scored on debut before running two second placings.

He opened at $61 but has continued to drift and that’s not a good sign.

Too short in the betting for our liking. She won the Clockwise Classic and it’s simply not a good form race for the Magic Millions 2YO Classic.

Nice type in the making but she should be outclassed here.

This highly-touted filly has been beaten by Farnan and King’s Legacy at her last two starts. However, her debut win was good and she should only get stronger.

The daughter of Choisir has ability and the connections behind the filly know how to win these races.

Keep her safe at the generous odds.

Hasn’t done much wrong in three career starts, winning two of them. That includes a win at Eagle Farm last start but we’re unsure if that is the best form race.

She is a touch short in the betting than expect, so punters can find value elsewhere.

Unbeaten to date but both wins have come against opposition that wouldn’t finish in the first half of the field in this race.

There’s no doubting her ability and all she can do is win but jumping from barrier 15 makes it that much harder.

Suffered her first career defeat at the hands of Gotta Kiss last start. Looked good winning two races prior to that.

She has good barrier speed but is going to need it from barrier 12. Seeing James McDonald in the saddle helps and she could firm in the betting.

She ran fourth on debut at Sandown before improving to win at Doomben by 2.3 lengths last start.

It was a good effort but unlikely to be good enough to win at Magic Millions.

Owns two placings behind Every Rose and Aim. She has been finishing off her races stylishly and she has ability.

We would want to see her win a race before selecting her to win a $2 million race. Be wary of her ability but put her to the side for this race.

The filly was well-backed to win last week at Gold Coast and she was unable to deliver.

She would need a miracle from barrier 20 and it’s unlikely to happen for her.