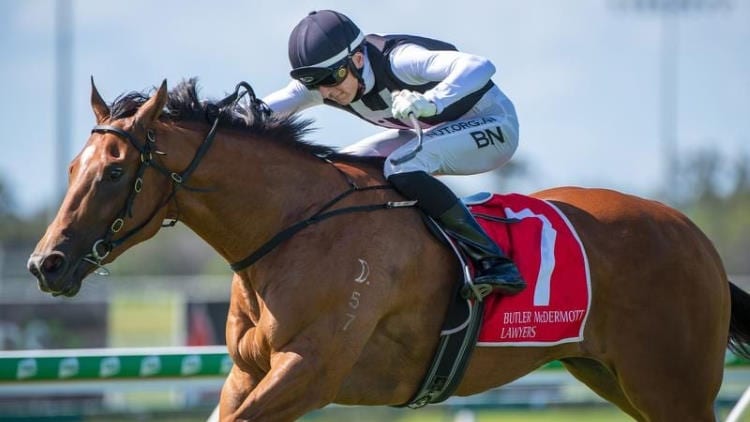 We have expert betting tips for the 2021 Magic Millions 3YO Guineas this Saturday, which runs at Gold Coast for $2 million.

A high-quality field of sprinters do battle in Queensland for the big money. Isotope is all the rage, but the maximum field consists of many contenders.

We do the form of every runner of the field and find our best Magic Millions tips.

Our best bets for Magic Millions 3yo Guineas 2021

Punters should have five runners on their ticket for the Magic Millions 3YO Guineas trifecta. It is a great betting race, so adding value horses is recommended.

We have included six runners in our first-four selections for the Magic Millions 3YO, which often pays out generously for first-four players.

Apache Chase is a three-time winner that looked good at Eagle Farm last time out. He has a promising future and he’s a first-four chance.

He scored a win fresh up but has shown absolutely nothing in four subsequent runs. He would need to improve significantly on that form.

A classy type that needed the run at Doomben when finishing second behind Isotope. It’s the best form guide and punters get each-way odds to enjoy.

She won the Magic Millions 2YO Classic last year, and she’s back for more success.

Not the most consistent type and she might be found out at this level. Craig Williams rides but a lot of luck is needed after drawing barrier 16.

Amish Boy has only one win to his name, but he is rarely too far away from the prize. The colt prepared for this run with a trial placing at Rosehill, which bodes well.

It could pay to watch for late betting moves with this runner.

He didn’t have all favours last start and his form prior was impressive. However, drawing barrier 20 could make it too tough for him.

It would pay to follow his chances in something much easier.

Triple-figure odds available for a runner that showed early promise. His form since has been poor, and there isn’t enough consistency to warrant attention.

Drawing barrier 18 hurts his chances but James McDonald could work his magic. He looked good early on, but his recent form hasn’t been good.

$51 is a big price and we wouldn’t have him in selections.

Unsure the one-win gelding should have made the field, and the odds support that statement. Unlikely to finish in the first half of the field.

A two-time winner this preparation but those wins came against easier opposition. Follow in easy races, as this will be too tough.

Another runner at long odds and it’s not hard to see. It won’t be winning the Magic Millions 3YO Classic.

Comes into this race with impressive form, including a win at Gosford last start. She is a daughter of All Too Hard that owns four wins and four placings from nine starts, so the class is there.

She almost went in as the best each-way, so keep her safe.

A quality type that deserves the favouritism tag. She has scored consecutive wins in preparation, including a narrow win over Away Game at Doomben.

Prior to that, she scored a three-length win over our best roughie Gotta Kiss, so the form lines are excellent.

Getting close to a win after recording another placing last start. She is a three-time winner that has been threatening to win her fourth, but keeps finding one better.

Drawing barrier nine is ideal, and if the pace of the race suits, she could finish over the top of them.

$14 is a price worth taking on an each-way basis.

Brings in solid form and it wouldn’t be the biggest upset in the world. Kris Lees lines up the filly, so consider at the value odds.

Gets a run via the scratchings, but she shouldn’t figure in the finish. She has yet to fire over this distance, and it could be too much for her.

In form after two impressive wins, but it wasn’t facing this level of opposition. She can’t be ruled out, but wait for a better opportunity.