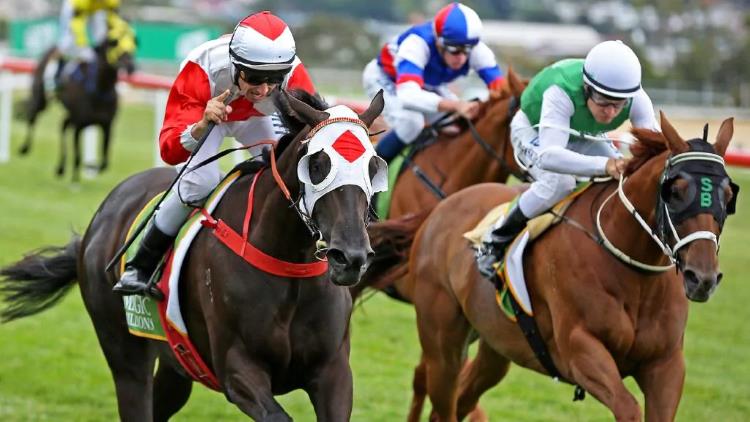 It’s a terrific field for the 2019 Makybe Diva Stakes at Flemington this Saturday.

With names such as Mystic Journey, Scales of Justice, Hartnell and Yucatan, there’s a wealth of talent on display.

Punters are getting a big field and lovely odds to bet on. We look at the best bets for the 2019 Makybe Diva Stakes.

Our best bets for the Makybe Diva Stakes 2019

Battled on nicely for fourth in the Memsie Stakes last start and he’s too good to completely overlook.

The nine-year-old is past his best but he’s still running competitive races and he should be finishing right behind the winners.

Consider at the odds.

Has the Cox Plate in mind and this will likely be too short.

Looked good last campaign when scoring a fresh up win, however, so we can’t completely dismiss its chances.

Humidor is dangerous at best, like he showed when running a close second behind Winx in the Cox Plate.

The Maher/Eustace-trained runner scored one win from six starts last campaign and ended that preparation with three consecutive placings.

Didn’t show much last start so we’ll leave him until he does.

Comes into this following a terrific win in the Group 1 Memsie Stakes.

He’s in career-best form at present but we’re not thrilled with the odds on offer. We would want something around $6 to beat a field of this quality.

That being said, there’s no doubting his ability at present and he’s due to run another competitive race.

Former import which hasn’t shown his best in Australia but the quality is there.

Currently being set for bigger targets and we’d prefer to see what he does in the Makybe Diva Stakes before backing him.

Gatting looks outclassed here and his betting drift is representative of that.

Finished last of five runners at Belmont last start and his form would need to improve significantly to be a winning factor here.

It has already been an amazing comeback for Kings Will Dream, which suffered a serious injury last season.

He finished off nicely for fifth last time out and that’s going to be good form for this.

$16 is a fair price and if he works home well here, connections will be happy going forward.

Owns upset claims after having two starts this campaign. Both of those were only fair efforts but he typically improves with fitness under his belt.

Nice odds at $26 and he could run into the money with luck in running.

This won’t be an easy race for Yucatan but we’re happy to take the double-figure odds on offer.

The imported runner won the Caulfield Cup last season before running 11th in the Melbourne Cup.

Winning over this distance could be tough but he’s a natual free-running type which could give some of these some problems.

Interesting runner and worth following.

Night’s Watch made good ground last start but that came in a much easier field than this.

The Chris Waller-trained former Kiwi hasn’t been able to win for some time now and we’re starting to doubt if he’s lost his winning touch.

Prepared to leave him out here.

German import which has shown nothing since landing in Australia.

Lovely type which has won nine of his 13 starts but is likely to find this a touch too short.

Will only get better with more racing this season and the son of Shamus Award should be winning shortly, but unlikely to come here.

Save for a better-suited race.

Best horse currently running in Australia and her record is showing that.

The four-year-old has rattled off seven consecutive victories, including wins in the All-Star Mile and Australian Guineas.

She’s the current favourite for the Cox Plate and although drawing barrier 10 could pose some problems, she doesn’t seem to care.

There’s plenty of upside to come with this mare and she’s an exciting prospect.

Should be looking for something a little easier than this.

Does have a Group 1 win to her name but she hasn’t done much else. Gets a nice run from the draw but that’s the only positive.

Underrated runner which ran well for second behind Age of Chivalry last time out.

Probably not up to Group 1 level, but she represents good value at her current odds and she’s drawn to get a nice run in transit.

If they go quickly up front, Qafila could finish over the top and run well at big odds.