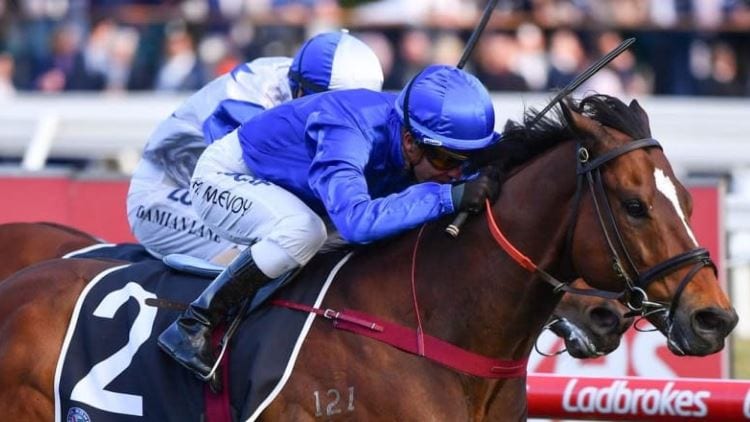 We have expert betting tips for the 2020 Manikato Stakes this Friday night, which features a field of 11 sprinting stars.

It is one of the most exciting races on the Australian calendar. It is often won by a champion sprinter and this year looks no different.

We have a runner-by-runner guide for Friday’s Manikato Stakes at Moonee Valley. 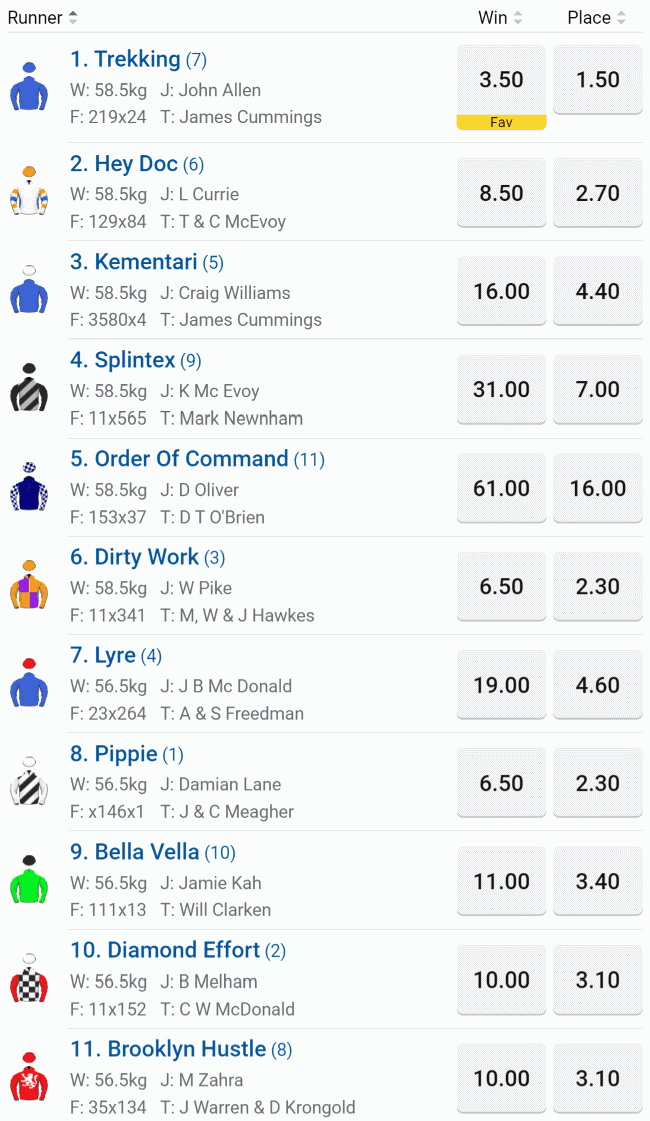 Our best bets for the Manikato Stakes 2020

Punters should have four runners on their ticket for their Manikato Stakes trifecta. Our four runners include our top three picks, plus one runner that shouldn’t be left off your tickets.

We have included six runners in our first-four selections, and landing the first-four in the Manikato Stakes could pay out a big dividend.

Trekking is coming off a fourth behind Classique Legend in The Everest and although backing up a week later is never easy, it’s a great form guide.

The James Cummings-trained gelding was hitting the line hard on Saturday and Cummings wouldn’t be lining him up if he wasn’t ready.

The 10-time winner demands respect and having John Allen in the saddle helps.

He is a three-time winner at Moonee Valley and that must be respected. He was under a length behind Dirty Work at Caulfield, so he will need to improve slightly, but he can’t be discounted.

Money has come for him in early markets and that is a telling sign.

Kementari is coming off an improved run for fourth at Flemington but he’s only a shadow of his former self.

He owns only four wins from 25 starts and punters are starting to get frustrated with his lack of success.

The odds reflect his chances and it would be an upset win.

Winning form wasn’t hard to come by for Splintex last season, but he hasn’t been able to make an impression this time in.

The four-year-old is a professional winner of five from 12 starts, but his best form has come in Sydney and he is having his first start around The Valley.

His best form has come down the Flemington straight and he is another having his first start at Mooney Valley.

He hasn’t always handled tight-turning tracks but punters have to respect his record of 25 starts for eight wins and eight placings.

Drawing barrier 11 hurts his chances, so he doesn’t enter our calculations.

Sydney form has stacked up well this season and Dirty Work is coming off an impressive win at Caulfield.

It has his first run back in Melbourne and although his two starts at The Valley haven’t resulted in success, he’s a better horse now.

William Pike takes the ride from barrier three and punters are getting odds worth taking.

Lyre gets the services of James McDonald but he needs a serious boost of confidence. She is struggling to win races and we don’t think Moonee Valley suits her running style.

She looks a bit one-paced and in a field with some serious speed, she could be chasing in vain.

Pippie maintained her perfect fresh up record when beating Trekking last time out, but her form often takes a dip second-up.

The five-year-old is classy at best and she loves this track, but the $6.50 is a touch short for a risky type. Her has been known to let punters down following a win, but punters have to respect her ability.

Drawing the rail is ideal and she won’t need to work to find the lead.

Bella Vella is a speedster that owns 10 wins from 30 starts. The underrated mare is a three-time winner at The Valley and she was only beaten by a length last start.

She has been primed with a 2.5-length trial win at Gawler and if she gets luck from out wide, she will be tough to beat.

$11 is slight overs and luck takes her close.

Diamond Effort got the best roughie nod over Bella Vella because of the better barrier draw. The Clinton McDonald-trained mare draws barrier two, which will see her on the pace.

She is an eight-time winner from 16 starts and getting double-figure odds is generous from bookmakers.

Her four wins at this distance bodes well and she must be included.

Brooklyn Hustle is talented at best but she is only a two-win mare taking on some of the best in the business.

We would have entertained her chances at a lighter weight, but she could struggle with 56.5kg on her back.