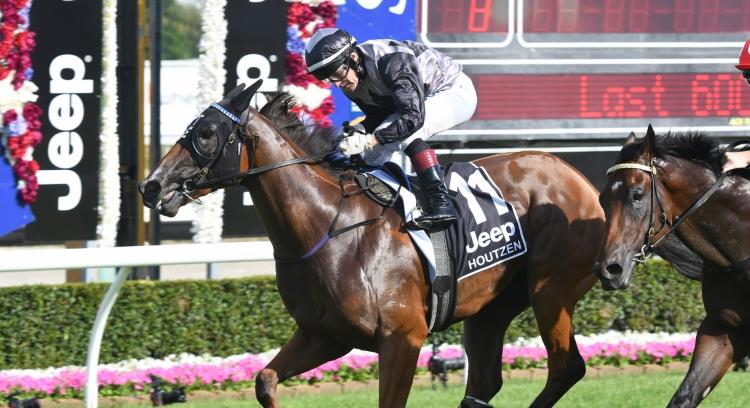 It’s an incredible day of racing at Randwick and Flemington, which includes the Challenge Stakes, Canterbury Stakes, Randwick Guineas, Newmarket Handicap and the Australian Cup.

Strong money has come for The Pinnacle, which has placed in both starts this preparation.

The Snowden-trained four-year-old ran second behind O’rachael at Rosehill before running third behind Quick Defence, which has subsequently won again.

Dropping down to 54.5kg helps with Corey Brown in the saddle and the daughter of So You Think looks ready to win.

The betting drift is a concern for punters of Houtzen, but she’s the quickest horse in the field and we’ll stick with her.

Toby Edmonds lines up the three-year-old which has won five of her nine starts to date and although she was easily beaten behind Merchant Navy last start, she has won a trial by two lengths to prepare for this.

Her rivals don’t share the same class and although there’s money coming for I Am Excited, it would need to find a few lengths to out-sprint Houtzen.

Performer has been well-backed to win the Golden Slipper and he might enter the Rosehill feature unbeaten.

The Chris Waller-trained colt was heavily-backed for the Slipper after winning on debut and although he won by only a nose last time out at Rosehill, he did enough to win.

The son of Exceed And Excel was given a soft trial to prepare for this and Hugh Bowman shouldn’t have much problem getting a good run from barrier seven.

This is a quality field but Ravi appears to be the best value at her current odds.

The Snowden-trained mare has won twice fresh up and the six-time career winner turned the corner last campaign when winning back-to-back races.

She finished fourth behind Rich Charm at Flemington before heading out for a spell and her two trials since have been placings behind the likes of Demerara and Houtzen.

The $6.50 won’t last long and she maps better than the favoured runners which are inexperienced at this level.

Alward is the top pick from the Chris Waller stables given that Kerrin McEvoy has taken the ride.

The imported gelding ran on stylishly for third at Rosehill last start and that was a nice hit out before taking on the stayers here.

He’s a five-time winner which won four from five starts last year and anything close to that form should see Alward running well at each way odds.

The Darren Weir-trained French import has been impressive winning all three Australian starts and it could contest harder races later this year.

A winner of four from six, the son of Casamento scored by a length at Flemington last start and although he’s rising in grade for this, that form should stack up nicely.

He’s an exciting stayer which faces some nice types in this race, but we’ll take the in-form runner with fitness on his side.

Portman is a talented middle-distance horse for Danny O’Brien, which had a nice hit out against some good opposition at Flemington last start.

The five-year-old has won twice on this track and placed a further four times and having winning form at Flemington can be key.

Drawing wide shouldn’t be an issue as he likes to stroll around the field and wind up over the concluding stages.

Lindsay Park lines up a talented two-year-old which has rattled off two consecutive wins on the bounce.

The daughter of Redoute’s Choice scored a quality win at Caulfield last start over good opposition and she looks capable of taking that to the next level.

She has drawn ideally in barrier two and that should allow her to settle well and find her rhythm before unleashing in the straight.

That was some run for Seannie to finish third at Moonee Valley last start and that’s big moving forward.

The Busuttin/Young-trained runner came over from Perth with solid form but the Kiwi training duo have been able to get the best out of the filly in Victoria.

Running within two lengths of Tulip on an unsuitable track is going to hold her in good stead for this and Flemington will give her time to warm up from the back.

$7 is great value from bookmakers.

The Chris Waller-trained six-year-old has plenty of talent despite what her form line represents.

She couldn’t fire over the sprint distance behind Brave Smash at Group 1 level last start, but this suits better and she rises up to a distance where she has won and placed from two starts.

She doesn’t get a lot of luck in her races but drawing barrier four should give her every chance to make a winning run. 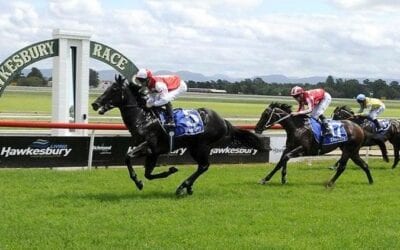