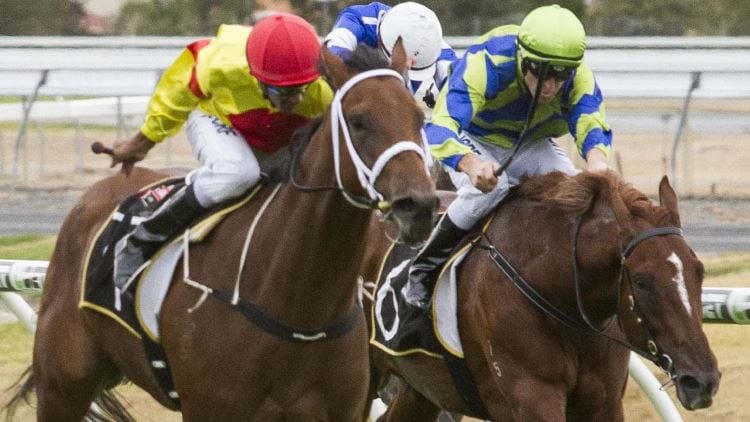 Midweek racing returns this Wednesday with action from Sandown and Warwick Farm, where some nice types are running for the big stables.

We have form and free tips for the best races at Sandown and Warwick Farm.

On debut for Bjorn Baker and he looked good winning a trial at Canterbury to prepare for this. The three-year-old son of Snitzel has won two of his three trials and he could make a good start to his career.

The booking of Kerrin McEvoy is a good sign for this and facing a small field will help the inexperienced runner on debut.

Not expecting big odds in a six-horse field.

The Chris Waller/Hugh Bowman combination strikes here with Sweeping Statement, which ran well in a recent trial at Canterbury.

She didn’t show much in her first trial but Waller rarely pushes his runners hard in trials and she’s a well-bred daughter of I Am Invincible, which is bred for some serious speed.

Tricky draw but she should be around the mark.

Achondrite is a Japanese-bred filly which ran a half-length behind Mizzy on debut at Canterbury and that form has stacked up in higher grades.

The daughter of Lord Kanaloa looked good at the trials when winning at Rosehill and it’s only a matter of time before she scores on race day.

It’s the Waller/Bowman combination again and they could strike.

Good winner on debut at Gosford before running relatively average at Rosehill last start, but she’s good enough to bounce back.

The Hawkes-trained three-year-old finished three lengths behind Sheriff and drawing the inside barrier is only going to help her chances here.

Small field and she should be around the mark.

Nice campaign when last in work but she will need to improve after running 11th last start at Rosehill.

The four-year-old showed better consistency last preparation when running first or second in five consecutive starts and that form would take her close.

Bookmakers should be offering each way odds and she could offer something here.

Four-year-old import Julian Rock has been a revelation at the trials, scoring by five lengths first-up and winning by three lengths at Warwick Farm.

That’s good trial form from an imported runner which won over 1600m in maiden company in France. He followed that up with runs against some slick opposition, including African Sky at Longchamp.

Good form for this and he should be well backed.

Form behind Eighteen Carrot should stack up nicely at midweek level and Charitable Nature ran it to a nose last time out.

The Danny O’Brien-trained filly ran at odds of $40 but will likely start as the favourite here. That’s some odds drop but she meets an easier field and being a daughter of High Chaparral, she’s going to enjoy the longer distances.

Matt Cumani lines up the four-year-old gelding which ran 1.2 lengths behind Latin Beat at Sandown last start and that form looks good for this.

The imported run of Cape Cross scored over 1615m in Europe before coming to Australia and although his two starts down under haven’t resulted in wins, he is steadily improving and this looks like a winnable race.

Damien Oliver rides and there are no superstars in this race.

Six-year-old gelding Blue Bear is only a two-time winner but he continues to battle away nicely and his consistency often rewards each way punters.

He has 12 placings to his name and with bookmakers always offering each way odds, punters have been cashing in.

Gets a soft run from the inside draw and he should be around the first three once again.

A little concerning that she’s kicking off in a midweek race but the Phillip Stokes-trained filly looks one of the better bets of the day.

The three-year-old by Choisir won on debut before placing behind Fundamentalist and Smart Melody. That’s Group 1 form and although she couldn’t muster behind Amphitrite and Mystic Journey over 1600m, this is a massive drop in class.

Gets an apprentice claim and everything little bit helps.

Competed against the likes of Thinkin’ Big and Vow And Declare last campaign. Scored consecutive wins at Donald and Moonee Valley and looked good in doing so.

That’s form which will hold nicely for this and we’re expecting bookmakers to have him firm in the market.