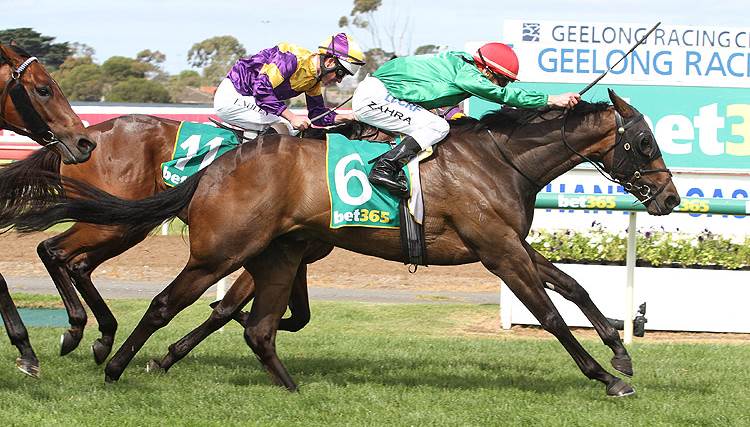 After an action-packed Saturday of racing, punters should enjoy some midweek racing this Wednesday.

Sandown and Warwick Farm host quality betting cards and there’s some high-quality thoroughbreds looking to progress to Saturday grade with a win.

We’ve picked the best tips across both meetings with form and odds.

The three-length Moonee Valley win suggested that the five-year-old has more staying wins to come this season and the rise to 3000m was clearly the winning trick.

He gets the same distance again this Wednesday on a track that should suit his running style and the inside draw coupled with a good weight makes him a big winning hope.

He opened at $2.50 and has been confidently backed throughout the week.

Punters might be concerned by Royal Order’s form towards the end of his last campaign, but he had been in work for a few months and he found the rise in grade too tough.

The Mick Kent-trained four-year-old produced back-to-back wins at Ballarat and Flemington before running fifth behind Kiwia in open class at Flemington.

That grade is far too strong for an inexperienced runner and this suits perfectly fresh up.

$4.80 is a generous price and the bookmakers might have overlooked his form.

Strong money has come for Leicester throughout the week and it’s hard not to take notice.

The Weir-trained three-year-old was beaten by 1.4 lengths at Moonee Valley last start and that came against a talented field.

He faces similar opposition here and although he has won only one of his four career starts to date, he looks a progressive type.

The move from $5.50 to $3 is one that needs attention and money talks in the Weir camp.

Money always come for the daughter of Black Caviar late in the betting, so punters are best to get the odds on offer early.

The three-year-old hasn’t quite lived up to her mother’s legacy, but she has won two of her four career starts and we were impressed with the way she lengthened out at Ballarat last start.

That suggested that she can handle rising in grade and although she’s only a small filly, she has some heart.

This will be the big test now but the odds on offer are worth taking.

This race looks a race in two with Seven Year Reward showing good form, but we went with the unbeaten Vainstream.

The John Pascoe-trained three-year-old scored two comfortable wins at Moe before spelling last year and he has since returned with a 3.3-length trial win at Cranbourne.

The son of Bel Esprit is bred for speed and that’s something he obviously possesses. That speed will be tested against the likes of Seven Year Reward and should he come through it with flying colours, he’ll have a good sprinting future ahead of him.

Chris Waller lines up this debutante which has looked good at the trials.

The son of Zoustar won by 1.3 lengths at Rosehill before beating race-rival Hiemal by a half-length at Warwick Farm last time out.

Hiemal does have race day form behind the likes of Performer and Zousain, but the well-named Lean Mean Machine looks to have more in the tank and the connections would have to be confident naming him that.

We don’t often tip horses this short in the market, but Dinnigan looks a good thing in the second race of the day.

The Waterhouse/Bott-trained filly is returning having finished fourth in the Magic Millions Maiden in January and she was a big drifter in the betting on that occasion.

The Snitzel filly has placed in three of her five starts and her recent 2.3-length trial win at Randwick suggested that she’s back to her best.

Her best will be too good for this field and the $1.45 can be included in multi-bets for added value.

Sangita has had two runs for a fourth and a third, which both came last campaign and she has since placed in a recent trial at Randwick.

The Peter and Paul Snowden-trained runner finished just behind some talented runners in her first campaign and she was heavily-backed at odds of $1.90 and $3.75 in those starts.

She finds something slightly easier here and punters should keep the faith that she will break maiden grades in short time.

Sexy Eyes made good ground behind the talented Missile Coda last start and we were impressed with that performance against some quality sprinters.

The Waller-trained mare drops in grade for this and although she rises in weight, her form has been steady throughout her career and another win doesn’t look far off.

She should get every chance from barrier two to find a good spot in the running and her odds could drop to odds on.

The New Zealand gelding has more quality than most of this field combined but punters are worried about the travel factor.

The Baker/Forsman-trained Kiwi was a brilliant winner at Geelong last preparation before running eighth in the Derby behind Ace High and although he travelled to Ellerslie last start when running fifth, he will be better for that outing.

There isn’t a runner in this field that could run eighth in a Derby and we’re banking his chances on that factor.