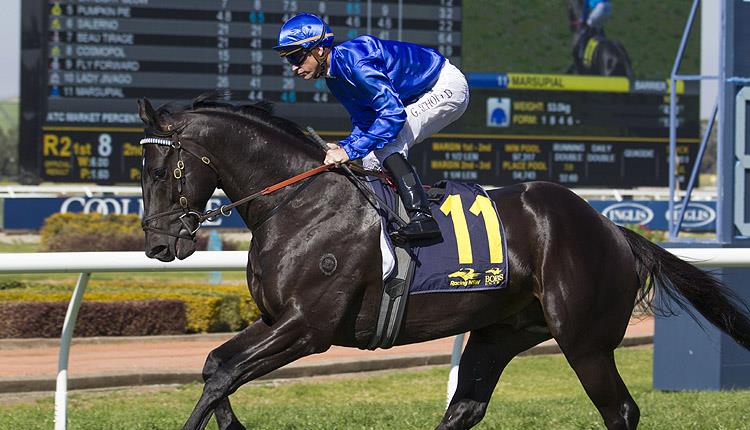 Quality betting fields is the theme of the day at Sandown and Gosford as the autumn carnival continues to roll on.

Punters are getting good odds throughout the week, which is why these meetings as so popular and we have the best tips with form for both meetings.

Lindsay Park lines up the four-year-old which has won two of his six career starts.

The son of Street Boss was only fair last time out when fifth at Pakenham behind Kaching but he was always going to take good improvement out of that race.

On his day he’s the best horse in the race and Fred Kersley taking some weight off his back is going to be ideal for this.

He should get a nice drag into the race behind the speed and strike late.

Sweet Mischief might be missed down the order but she’s a talented three-year-old which could strike at the midweek level.

The Tony McEvoy-trained filly is returning to the track after running ninth in the VRC Oaks behind Pinot.

Dropping back in distance is the obvious worry fresh up but she has form over 1600m and 1800m when placing at Balaklava and at Flemington.

There isn’t much depth to this field and she could strike down in the weights.

Liam Howley lines up Sherlock Holmes, which has won three from 10 starts and has the class edge over this field.

The quality imported stayer recorded a half-length winner at Moonee Valley two starts back and followed that up with a placing at Flemington behind Adelaide Cup winner Fanatic.

He has never shown any form fresh up from four starts, but there will be no excuses over this distance and against this quality.

Divertente is a consistent mare which has won three from 17 starts with seven placings.

The Nick Ryan-trained four-year-old finished third behind Scuzi last start at Moonee Valley and the form out of the 55 Second Challenge is strong.

She hasn’t finished out of the money in her last six starts and that included a win at Yarra Valley last November.

A slight rise in weight shouldn’t be of concern and jockey Mark Zahra is riding in great form this season.

This should be a close race and she should represent good value.

Ashlee Marie has good breeding lines and she wouldn’t have lost any admirers after running second at Sandown last start.

The Richard Laming-trained five-year-old has finished second in consecutive starts and although she’s dropping back in distance, this field is much easier than last start.

She won’t have to do much work from the inside draw and she’ll be put into the race by jockey Zac Spain at the right time.

Malos has drawn awkwardly in barrier nine but the James Cummings-trained colt looks tough to beat.

The son of Lonhro wasn’t let off the bit in his first trial at Warwick Farm but he looked impressive when winning by a half-length last time to the trials.

He finished 2.6 lengths in front of race-rival Plenty and that should be a good form guide for this.

The Cummings stable is firing with their juveniles and Malos shapes up well here.

Three-year-old filly Savacool was a stylish winner at Randwick last start before heading for a quick spell.

The Chris Waller-trained filly didn’t look great in a recent trial when finishing last of 10 runners, but trials are there to get fit and she should be better for the run.

Her form prior to winning included a placing behind Seaway and Destiny’s Own, which should stack up well for this level.

We’re expecting punters to come for the daughter of Savabeel and the inside draw should give her every chance.

Marble is a talented three-year-old which has won two of his three starts.

Trained by James Cummings, the son of Exceed And Excel was a winner on debut at Hawkesbury before disappointing at Warwick Farm when running seventh.

A return to Hawkesbury resulted in another classy win and he should be able to kick on with it now. That run came in November and he has been prepared with a trial win and a fourth last start.

He’s got speed to burn and he should be tough to catch over the short-course distance.

Marsupial is a three-year-old gelding which has won one of his nine career starts.

The Cummings-trained gelding finished second at Rosehill last start behind I Am Excited, which has subsequently scored a terrific win in Saturday grade.

The form out of that race is going to stack up well at the midweek level and this runner has been waiting to notch his second career win for some time now.

Should be going close here.