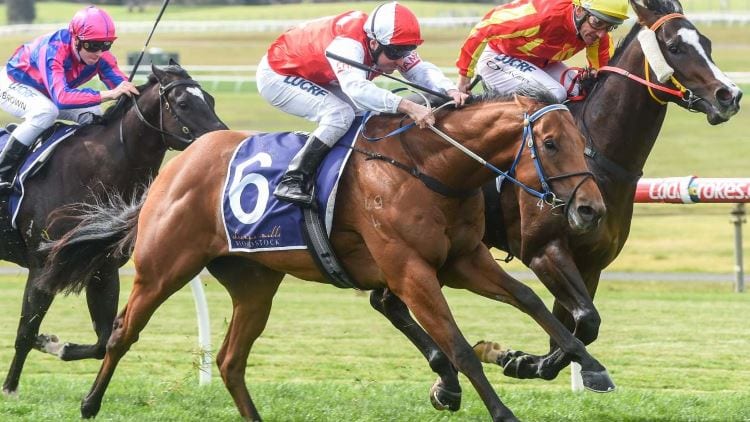 It’s a big night of racing at Moonee Valley with the Group 1 William Reid Stakes on the card.

The eight-race meeting also includes in the Sunline Stakes, Alexandra Stakes and the Ladbrokes 55 Second Challenge.

We have free tips, form and odds for every race on the Group 1 racing night at Moonee Valley.

Beaten last start but certainly not disgraced when running second behind Anjana. The Hawkes-trained runner loomed to win but was overtaken late and he prefers running at Moonee Valley.

The three-year-old has had two starts for a win and a placing on this track and his odds have shortened since markets opened. He opened at $3.90 and that has since dropped to $3.40.

Should give punters a good sight in the first.

Considered good enough to run in the Blue Diamond Stakes where she finished ninth behind Lyre. That run should hold her in good stead for this and she faces a much easier field.

Prior to that, she scored a 2.5-length win at Moonee Valley and having that winning experience on this track is a big bonus.

Drawing barrier four and carrying 55kg are all positive factors.

Could be a nice type for the future after posting two wins from two starts. The Hawkes-trained three-year-old scored at Kyneton before winning on this track.

The last-start win came by just under a length at Moonee Valley and it was an effort which suggested he could win again at this level.

He rises in grade but drops in weight so consider.

Scored with style at Warrnambool last time out when posting a 2.8-length win as the odds-on favourite and he could continue with that form.

The four-year-old gelding has won three of his seven starts to date and one of those came at this distance when scoring by 5.5 lengths at Benalla.

That all bodes well for another tidy effort on Friday night.

It was hard not to be impressed with Superhard’s recent win at Flemington when he burst down the outside to score by 1.3 lengths.

That came against a harder field and although he drops slightly in distance from 1000m to 955m, that should matter around this track.

The only concern is this being his run try around Moonee Valley but he should handle it.

Desperately unlucky behind Spanish Whisper at Flemington last start and despite drawing wide in barrier 12, her chances are good in this.

The Perth-trained filly has won five of her 11 starts and although winless from two Melbourne starts, she hasn’t done much wrong.

Her winning turn will come and she just needs some luck to go her way.

The Kiwi mare has been in good form this season with two wins and a placing from her last three starts. This will be one of her last career runs and she represents value.

The 10-time winner was going to head to the Ranvet Stakes at Rosehill on Saturday but due to the wet track, she will target the Sunline Stakes.

Trainer Stephen McKee trained Sunline and he would love to win the race named in her honour.