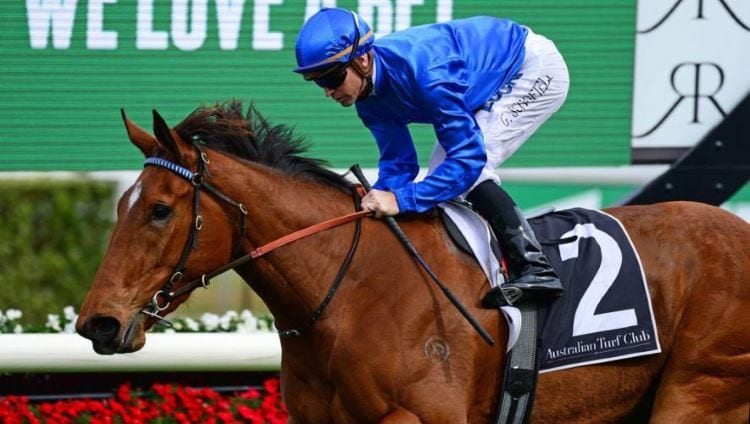 It’s another quality Saturday card at Rosehill this week with the Vinery Stud Stakes and Tancred Stakes running at Group 1 level.

Bendigo also has some quality races in store for punters and we have free tips, form and odds for all the best races from both Rosehill and Bendigo this Saturday.

Two-year-old colt which scored a 5.3-length win at Canberra on debut before running second behind Yes Yes Yes in the Todman Stakes.

That was a top effort from a relatively inexperienced colt and he’s only going to improve with more time and distance.

Rises up in weight for this but he has class on his side. Punters have taken the $2.15 on offer and backed him hard throughout the week.

Punters should ignore the recent form from the six-year-old as he’s a wet-tracker and he gets conditions to suit here.

The son of Castledale has won seven races in the wet and he was a winner at Randwick over 2000m only four starts ago.

That bodes well for this and a return to form is eminent.

Late scratched from the Rosehill Guineas last start but punters shouldn’t be worried about that. He only had some skin off and he arguably should have run.

The Kiwi gelding finished fourth behind The Autumn Sun in the Randwick Guineas and he is only going to improve over more distance. 2000m is ideal and he looks the one to beat in what should be a good race.

The New Zealand runners have three of the first four in the betting market.

James Cummings lines up the four-year-old mare which is better on top of the ground but she shouldn’t mind the wet track.

Prior to running third in the All-Star Mile at Flemington, the daughter of Sepoy won two consecutive races, including the Group 1 Futurity Stakes.

She is the class factor in this race and although not thrilled with the odds, she should be winning.

New Zealand-trained four-year-old which excels in the wet conditions with three starts for three wins on the soft.

The well-bred son of Redoute’s Choice will look to give the ill-fated sire a good result on Saturday and having finished third behind Melody Belle last start, that form looks good for this.

55kg on his back with James McDonald riding is ideal.

Battled on nicely behind Star Of The Seas last start and he’s a four-year-old which has won two from three starts on a rain-affected track.

The Hawkes-trained son of O’Reilly has yet to win at Rosehill from three starts but he has placed twice and he should be right around the mark once again.

Yet to win from two starts this campaign but she showed plenty of promise when winning her first three races.

Anything close to that form would see the three-year-old being good enough to take this out and her opening odds have already been smashed.

Tony McEvoy lines up the two-year-old filly by Zoustar, which ran fourth on debut behind Bella Rosa on Melbourne Cup day.

She has since won a trial at Cranbourne and given the early money coming her way in betting markets, we’re expecting another tidy effort.

Former Kiwi runner La Bella Diosa ran well when 1.9 lengths behind Winter Bride last start and that form should stack up nicely for this.

The mare by So You Think has won six of her 20 starts and although her form is relatively inconsistent, she has more class than most here.

Three-year-old gelding which scored with ease on debut and ran good sectionals throughout.

Worth betting on at the price.