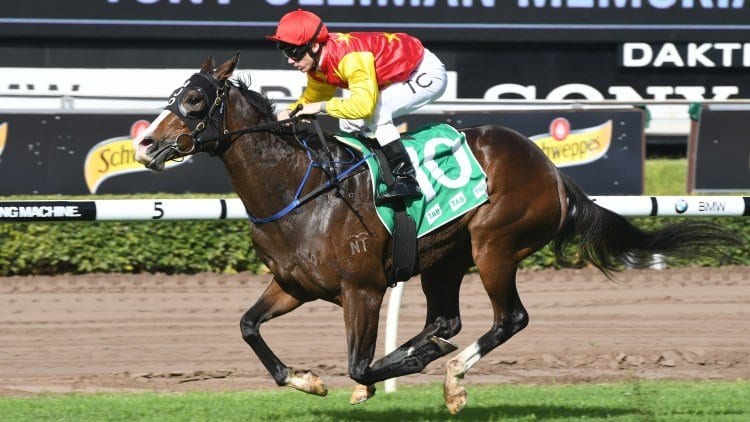 The big news of the week is the return of James McDonald and he’s riding at Warwick Farm this Wednesday.

We have tips for the best racing across both the Warwick Farm and Sandown betting card on Wednesday with in-depth form and odds.

James McDonald and Chris Waller pair up in the opening race and although he’s a short-priced favourites, Cormac looks a good winning chance.

The three-year-old gelding has yet to win from five starts but he has placed three times and he went very close at Wyong last time out.

Carrying 59kg won’t be easy but there’s not much to this field and he should be able to find a good spot in the race against only four rivals.

The Waller/McDonald pairing line up again with Press Box, which finished second on debut and could improve to win here.

A filly by Hinchinbrook, Press Box went within a nose of winning at Canterbury and that came after three solid trials to prepare.

Drawing barrier 14 could pose some problems in a big field but the 55.5kg helps and punters should be able to get a fair price on race day.

That was an impressive last start by Desert Lord at Wyong last time out and he could make it back-to-back wins.

The Hawkes-trained three-year-old colt was well-favoured last start and he did the job with authority, scoring by 3.3 lengths.

He could have stepped up to city grade following that win but sticking to midweek grade will help and he has already been backed in from $6 to $3.60.

Jaunty is a capable four-year-old for Chris Waller which ran credibly for second at Randwick last time out.

The son of O’Reilly ran 2.8 lengths behind the winner but he was making good ground late and although he rises in class, this field is no harder than what he faced on that occasion.

Dropping in weight from 60kg to 55.5kg helps and it also helps having Kerrin McEvoy in the saddle.

James Cummings lines up two-time winner Medovina, which is in form after back-to-back wins.

The filly by Exceed And Excel scored by just under a half-length last start and her only race day defeat came at Kembla Grange where she finished only a long neck behind the winner.

She’s in great form to kick off her career and her breeding suggests that she could handle longer distances.

Drawn in the car park but that was a strong effort on debut for second at Geelong.

The Waterhouse/Bott-trained three-year-old finished within a length of the winner and that kind of form will take him close here.

The wet track could further improve his chances and there has been enough support here to suggest that he should be going close.

There is no form to go on here but the market movement is significant.

The Ellerton/Zahra-trained two-year-old hasn’t had any trials to prepare for this run but her odds have been slashed from $4.80 to $4.

Clipper has been out of winning form for a while now but conditions are perfect for this.

The Matthew Dale-trained sprinter is unbeaten from three starts on rain-affected tracks and with the track coming up as soft, that’s going to suit Clipper perfectly.

She should be able to sit on the outside of the speed and give a good kick in the straight to return handy each way odds.

Darren Weir lines up the unbeaten Fifty Stars which has scored two quality wins at Warrnambool to kick start his career.

The son of Sea The Stars rewarded punters with a 1.5-length win last time out and he appears to be going places.

Weir is making a smart decision by keeping him at midweek grade and we’re not surprised to see all the money being placed on him.

Twice-placed this preparation and although he was beaten as the favourite at Warrnambool last start, he will strip fitter for this.

The Weir-trained four-year-old hasn’t won since April last year but he has been performing well against some tough fields and this is much easier.

The wide draw shouldn’t be issue in these conditions and we’re expecting a solid effort.