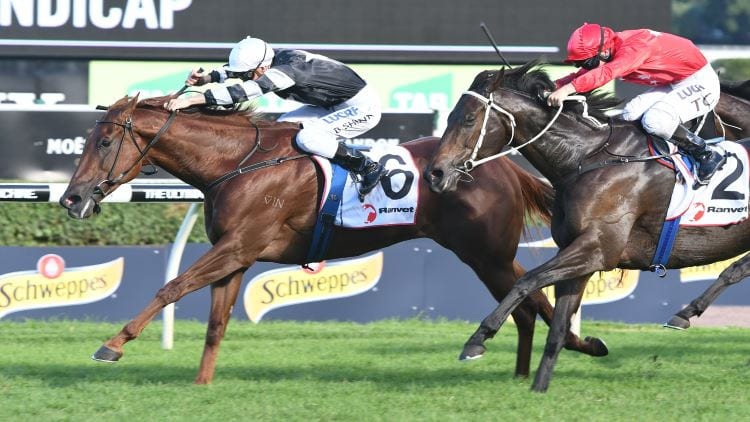 The Group 1 Doomben Cup is the feature race this Saturday and we have the best tips with form for racing at both Doomben and Rosehill.

We also have tips for the The Goodwood Group 1 at Morphettville.

The winter season might be in full swing but there’s still some quality thoroughbred action in store and the bookmakers have been generous with the odds on offer this Saturday.

Japanese form was always going to hold up well in Brisbane and that was evident when A Shin Rook scored by three lengths at his Australian debut.

The Anthony Freedman-trained four-year-old scored easily at Sunshine Coast and he’s only going to get better with more time and distance.

Rising up to the mile is going to help and $3 for this classy runner is good value from bookmakers.

The David Vandyke-trained Let’s Party Marty has finished out of the money in only one of his seven starts, which included two wins.

With Jeff Lloyd in the saddle, expect to see the son of Duporth ridden positively and he was only a neck behind the winner at Sunshine Coast last start as the odds-on favourite.

Punters are getting better odds this time around and he’s a nice value chance.

Sizzling Belle is dropping back in quality after running two disappointing races of late.

The Nick Olive-trained filly finished ninth in the Golden Slipper before running eighth last start at Doomben but her form prior included three consecutive wins.

They all came in lower grades but she looked to have enough ability to win at stakes level during the carnival.

Connections of Nieta will be wanting a rain-affected track but she looks a strong chance on any surface.

The John Thompson-trained five-year-old hasn’t been able to show her best in Sydney over the last two campaigns but she’s a six-time winner and her class shouldn’t be overlooked.

She was only three lengths behind Quilista at Randwick last start and that form should stack up nicely against this level of opposition.

Kiwi sprinters don’t have a great record in Australia but Go Nicholas represents value at the big price.

The Shelley Hale-trained runner gets into this race well on the weights at 54kg and he has always shown an ability to sit just off the pace and show a good turn-of-foot late.

Test The World should be able to bring him into the race and there will be much worse $51 chances running at Doomben this Saturday.

Anatola has been a lethal sprinter this campaign with consecutive wins.

The Mark Newnham-trained five-year-old scored by 2.5 lengths at Randwick before running away with the win by 1.8 lengths at Gold Coast.

She likes to settle on pace and give a good kick in the straight, which always makes her tough to beat.

If they challenge her up front she could be softened up, but she should win if they leave her alone.

Press Box was scratched from an easier race on Wednesday and that’s always a good sign.

She stays down in the weights at 55kg for this and there has been plenty of money for her during the week.

Punters shouldn’t be too concerned about the effort from the former Kiwi runner last start.

The filly by Super Easy wasn’t too far behind Moss Trip and that form has stacked up very well this season.

She possesses a significant turn-of-foot when she gets the right run in transit and there’s plenty of value on offer with the $6 price.

Roman Son won like a good horse at Rosehill last month and he backed that up with another quality win at Hawkesbury.

The Richard Freedman-trained four-year-old has been spacing his rivals so far this campaign and there’s plenty of confidence in the camp.

Carrying the big weight of 60.5kg won’t make this any easier but he’s tough to overlook and punters are getting just better than double their money.

There has been strong money for the Chris Waller-trained runner throughout the week and he should be tough to beat.

The five-year-old scored a 1.3-length win at Hawkesbury last start against a quality field and he gets into this race well off on the weights.

He drops from 59.5kg to 56.5kg with James McDonald in the saddle and we’d be surprised if he wasn’t fighting out the finish once again.

What is Lay Betting? (Betting on a Horse to Lose) 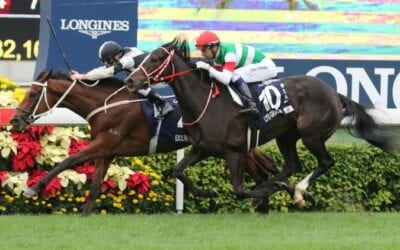