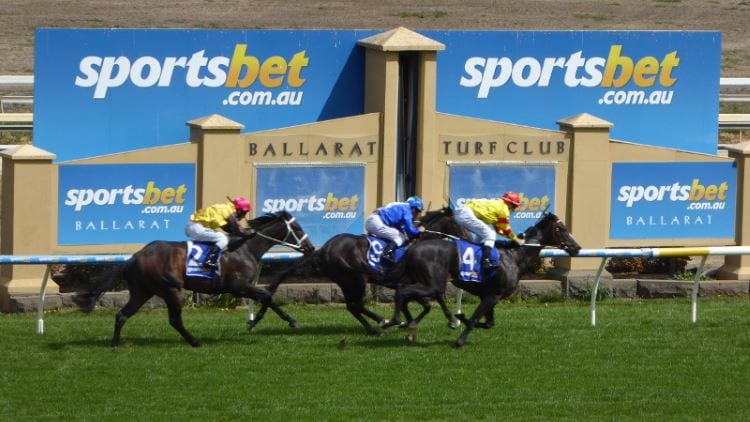 We have expert betting tips for the cards this Monday at Ballarat and Grafton.

There is plenty of value on offer for punters and we have picked out the best races throughout the day on Monday.

Winning Superstar ran well on debut when finishing fourth and punters should see an improvement on Monday.

The Maher/Eustace-trained five-year-old ran only 1.6 lengths behind the winner and that was on the back of a handy trial effort.

$1.90 is a fair price given his potential and this isn’t a strong field.

Krispy Kev went close to recording a win during his first preparation and although unsuccessful, he could break maiden grades here.

The Corstens-trained gelding finished second on debut at Pakenham before leading and eventually running third last time out.

He is bred to handle slightly longer distances, so rising to 1200m looks ideal.

Bookmakers don’t have Universal Lady as the favourite, which is surprising given the start to her career.

The three-year-old by Exceed And Excel finished third on debut at Moonee Valley before running third at Caulfield.

Both runs came in grades much higher than this and with only 55kg on her back, she should be tough to hold out.

Heljami already has two wins to her name this preparation and she could add another. The four-year-old mare won by two lengths at Ballarat two starts back and she enjoys the synthetic surfaces.

She has a win and a placing on synthetic tracks, which includes a last-start second placing at Ballarat.

The daughter of Written Tycoon has more upside than most in this field so she should be respected.

Pace Stick has stacks of ability and he could start to string wins together. The four-year-old is coming off a second placing at Coffs Harbour where he was only a neck behind the winner.

His lone win came on debut at Coffs Harbour where he led throughout to score by 3.8 lengths. Anything close to that form would be good enough.

He gets a claimer in the saddle and that could make the difference.

The four-year-old mare has been in the money in six of her eight starts and she should add another on Monday.

She is coming off an improved effort for third at Coffs Harbour and although she hasn’t won since June, that was a 5.3-length victory.

Enterprise Keren is capable of producing a big performance and that could come here.

Beyond Desire is shooting for consecutive wins after scoring by a half-length at Ipswich last time out.

The five-year-old is vying to give trainer Matthew Dunn a win in his own race and she is entirely capable of doing that.

She owns three wins and five placings from 14 starts, so her consistency should be respected.

Hiroko runs at short odds and the four-year-old mare should be able to return to winning form.

The daughter of The Factor won on debut at Coffs Harbour before rattling off five consecutive placings. Among those placings was a third in the Highway Handicap at Randwick, so her form stacks up.

Punters will have to muscle up and take the short odds but she should go close.