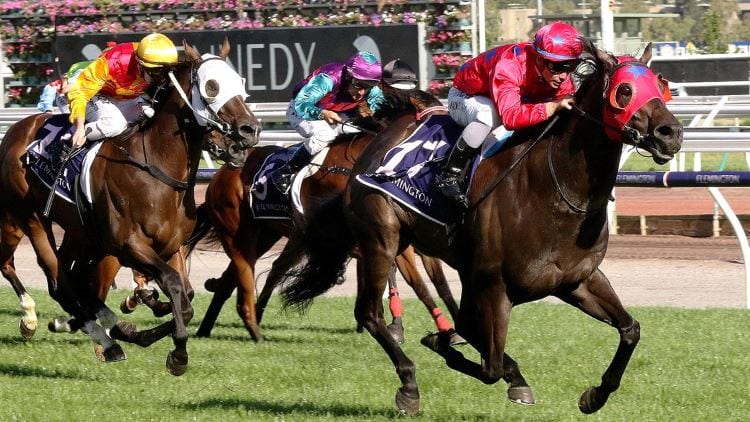 Racing returns to The Valley to see in the new 2019/2020 season. There will be plenty of quality racing to come from Moonee Valley this season and this card is a nice starter.

Form is with Asateer, which has rattled off consecutive wins coming into this race.

The Lloyd Kennewell-trained colt is coming off two synthetic track wins which is a major concern, but he’s up and running this campaign and that’s a positive.

All eyes will be on Mystical Pursuit, considering she’s from the same stable as Cox Plate favourite Mystic Journey.

She’s an unbeaten three-year-old filly from four starts and she deserves her chance against some quality types here.

This will be her ultimate test, so we’re looking for each-way odds. If bookmakers are being lenient, we might just get them.

Kiss And Cry is a consistent four-year-old which has finished in the money in five of her eight career attempts.

The Mick Kent-trained runner finished very close at Bendigo last start on a surface will should be similar to what she faces on Saturday.

There’s not much between the majority of this field and with a light weight on her back, she should go close.

Lindsay Park lines up the imported runner which has had four starts in Australia for a win and two fourth placings.

The win came two starts back at Caulfield when beating Rock On and that form should stack up nicely going forward.

He then made solid ground to run fourth behind Steel Prince last start in what was a Melbourne Cup automatic qualifying affair.

Trigger Point comes into this on the back of a win at Sandown and that’s better form than most in this race.

The five-year-old has scored four wins from 25 starts and with nine placings added, he’s a consistent type.

There’s a lack of winning form in this race and punters should be able to get each-way odds for this runner.

Looked set to win at Flemington last start but was held towards the line by the talented Lord Belvedere. He won’t lose any admirers from that run and punters should stick with him.

The Maher/Eustace-trained six-year-old has had three runs this preparation, so he’s in fit order and although drawn wide, Theo Nugent is in good form.

If he gets a good run in transit, punters should expect a good result.

Class is with Naval Warfare, which ran well enough fresh up for sixth and typically improves with some racing under the belt.

Punters will get good odds for the six-year-old which ran over 3200m in March when running third in the Adelaide Cup. That form will stack up nicely this season and the 2040m isn’t too short.

He has placed over the Cox Plate distance in the past and he could offer good place value.

Carried plenty of support when running fifth last start and he should be better for the run.

The John Sadler-trained five-year-old was good enough to run in consecutive Group 1 races last preparation and that experience helps.

Drawn well here and the Moonee Valley track could help him switch on.

Drawing wide won’t help around this circuit but Freeze Over is a speedy type on her day.

She’s a three-time winner with two of those coming on this track and if she can get some cover, she could breeze past them around the home turn.

Needs things to go her way but she has good sprinting ability.