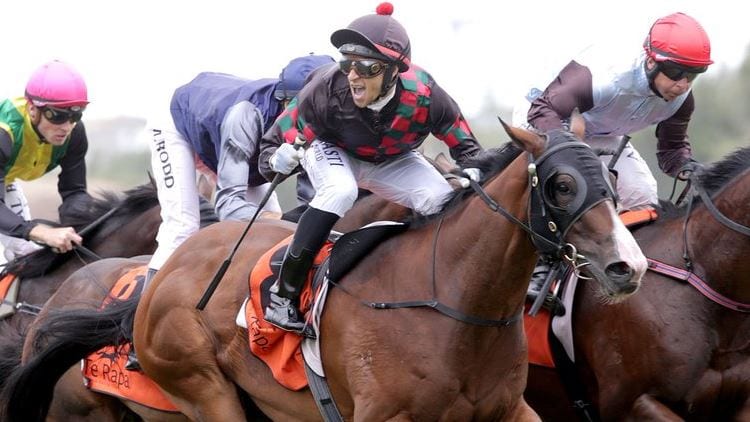 The 55 Second Challenge is set to excite this Friday night and we have our best bets for every race.

It’s a great entrée to the Group 1 racing this Saturday.

Heart of Puissance was a good winner on debut at Warrnambool and he could kick on with it.

The three-year-old colt scored by a nose but that came over 1300m and he’s only going to improve over more distance.

Rising to the mile suits ideally for this and he could have an exciting future ahead of him.

The Michelle Payne-trained and ridden runner made good ground last start to run second at Ballarat.

That form should stack up nicely for this and with four placings from six starts, he’s firmly knocking on the door.

Going up in distance should suit his running style and we would be surprised if he wasn’t fighting out the finish.

Beehunter was a narrow winner on debut at Bendigo he should handle running around The Valley.

The form behind the John Sadler-trained runner has stacked up well. Second behind him was Banquo, which scored an easy win last Sunday.

Drawing barrier eight doesn’t make it easy, but he’s a quality type in the making which could remain unbeaten.

Can’tforgetyou has yet to run out of the placings. The Andrew Noblet-trained mare was a winner fresh up and she franked that form last time out.

She finished second at Mornington behind Grafted but her win prior was impressive. She scored by 2.3 lengths and she made impressive ground late.

That’s going to hold her in good stead for the future and she should be able to run well at each-way odds in this.

Team Hawkes lines up the colt which has shown good speed throughout his career.

The three-year-old scored a win on debut before finishing second on this track second up. He then followed that up with another placing on this track.

That came behind Sartorial Splendor, which has subsequently won a good race during the Melbourne Spring Carnival.

Defibrillate has rattled off three wins in a row and he looked good in his Australian debut at Moe.

He’s a former Kiwi which won at Te Rapa and Taupo before coming over to the Patrick Payne stable.

He kicked off his campaign with a 1.8-length win at Moe and he looks to have many more wins in store.

Drawing barrier 10 isn’t ideal but it shouldn’t matter over the 2500m and the son of Shocking is bred to stay.

There isn’t much covering this field and Vigere could continue the good run of the Busuttin/Young stable.

The four-year-old gelding has finished in the money in 10 of his 17 starts. He ran well for third at Caulfield last start and that form is going to stack up well.

Drawing barrier two will see him settle close to the pace as usual and Linda Meech will be eager to ride well.

Sora has run in the money in three of her four starts and there’s not much wrong with that form.

The Lindsay Park-trained four-year-old finished only a nose behind the winner at Bendigo last start and he could go one better.

Drawing barrier 11 makes it a little tough, but she could jump and run. If she does so, she’ll be tough to hold out.