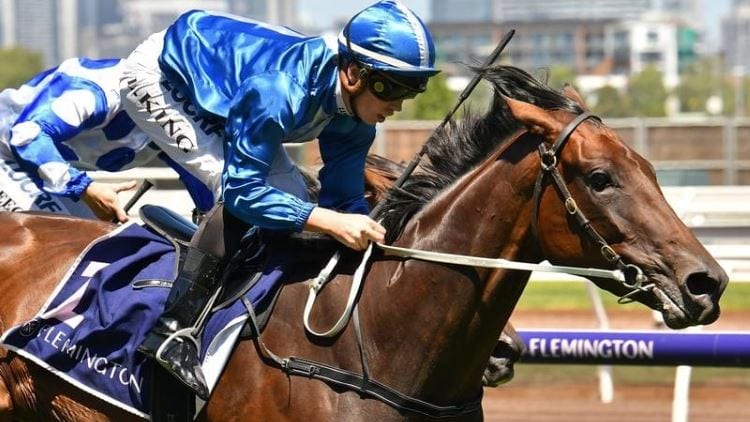 The Group 1 Manikato Stakes runs on Friday night and it’s a quality card. It kicks off the two-day Moonee Valley Carnival, which culminates with the Cox Plate on Saturday.

Strap in for an action-packed night of racing.

Dane Clipper scored a good win on debut at Pakenham before running close up for third at Flemington.

That came behind Sisstar and that form should stack up nicely for this. It’s not an overly hard field and she has shown good barrier speed to date.

She was able to lead in both runs and that’s always a positive at The Valley.

Iconoclasm produced some good work at Breakfast with the Stars earlier in the week and that should have him fit for this.

The Danny O’Brien-trained five-year-old hasn’t shown his best form in awhile now but the ability is there still.

He’s an eight-time winner which should be respect and the smaller field is going to play right into his hands.

The Mike Moroney stable is firing this season and Mr Marathon Man could turn around some poor form here.

He’s a five-year-old which has won five from 23 starts and he has been taking on opposition which includes Kolding, Avilius, Mystic Journey and Homesman.

This is a massive drop in class and from barrier two, punters should see a turnaround in form and they’re getting good each-way odds.

Morrissy has a nice future after recording three wins from eight starts.

The Corstens-trained four-year-old returns from a spell after running sixth behind Turn the Tide at Caulfield in July.

His fresh up form reads well with two starts for a win and a placing, so that shouldn’t be a concern for punters this Friday night.

He has experience on this track and having Craig Williams in the saddle is a bonus.

We’re prepared to give Oceanex another chance after a couple of disappointing efforts this time in.

The mare by Ocean Park finished third behind Princess Jenni on this track three back but was beaten as a $1.50 favourite at Cranbourne since.

She held her ground behind Wolfe last start and that form should stack up nicely against this level of opposition.

Deserves a win and it could come here.

Parsifal has yet to win from three starts this season but he has been running well behind some nice types.

His three starts have included two placings behind Zoutori and Haunted. That form looks good for this and he’s nicely placed from barrier five.

Bookmakers opened his odds at $2.70 and they have already firmed into $2.35 after some solid betting support throughout the week.

Stick with him as he’s quality at best.

Value is with Intueri, which runs at double-figure odds and he could give some of these something to worry about.

The six-year-old gelding is a five-time winner which has finished in the money in 14 of his 26 starts.

Granted, he wasn’t good last start at Caulfield but he prefers Moonee Valley with two starts for a win and a placing.

Over the odds and punters could cash in.