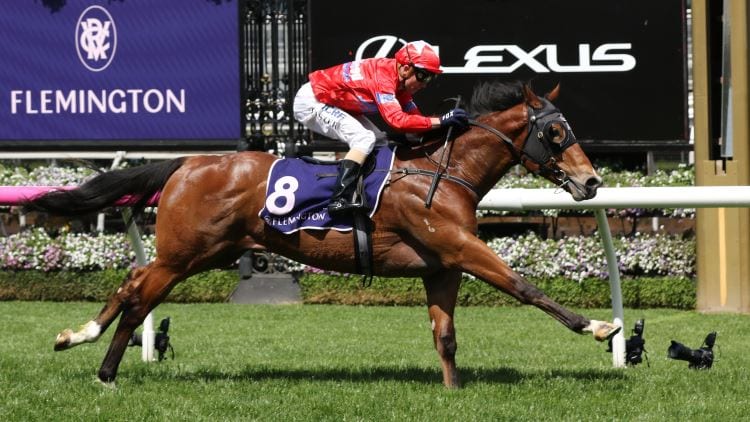 Night racing is back for the spring/summer season and what a card we have this Friday. The Group 1 Moir Stakes headlines a terrific card at The Valley.

Anthony Freedman has a nice stable at the moment and King of Hastings is one of his good types.

The three-year-old gelding has had four starts for two wins and two second placings. His most recent effort came at Caulfield when running second behind Super Seth.

That’s super form and although he’s yet to have a run around the Valley, he has drawn nicely and he looks professional enough to handle the sharp turn.

Power Scheme went off at silly odds when winning on this track last start. He started at $8.50 despite owning form against some very good thoroughbreds.

The Lindsay Park-trained three-year-old has form in and around the likes of Castelvecchio, Sebrakate and La Tene. That’s good form for this race and he should be considered.

Having had race experience at The Valley is a big bonus and drawing barrier two will see him land close to the pace.

The New Zealand-trained eight-year-old is a Group 1 winner across the Tasman and she has beaten fields much better than this.

Whether or not this race has come up too soon, we’re not sure. However, there’s no denying her class and he could pay nice odds to win.

Not Enough Love dented his perfect form when running sixth last start, but he was entitled to get tired.

He won his first four career starts, which included a win at Flemington in front of some handy types.

Moonee Valley looks ideal for this front-running type and we’re confident the four-year-old can get back to winning form.

He could pay a good price not being from one of the major stables.

Exhilarates has gone to another level this season with consecutive wins coming into this.

The Magic Millions winner as a two-year-old scored by 1.5 lengths fresh up before beating a quality field on this track last start.

She’s a daughter of Snitzel which has a lethal turn-of-foot and it has won her many races. It will continue to win her races and from the inside draw, she’s clearly the one to beat.

The only negative is that she does get back so might need to extricate herself off the inside, but Kerrin McEvoy is in the saddle and he’s in form.

The Kiwi stayer produced a big run to finish fifth behind Mosh Music last start and it shapes nicely for this.

She’s a seven-year-old mare which is on track for the big cups races but she might have to win races like this to get in.

Bill Thurlow lines up the daughter of Red Giant which won the Auckland Cup last season and that form typically holds up nicely this time on the year.

Craig Williams sticks with her and that’s a great sign.

The five-year-old then finished sixth behind Ocean Deep at Caulfield but he was entitled to get tired at the end of his campaign.

He’s an eight-time winner from just 15 starts and he also boasts four minor placings. That form should be good enough to go close in this.