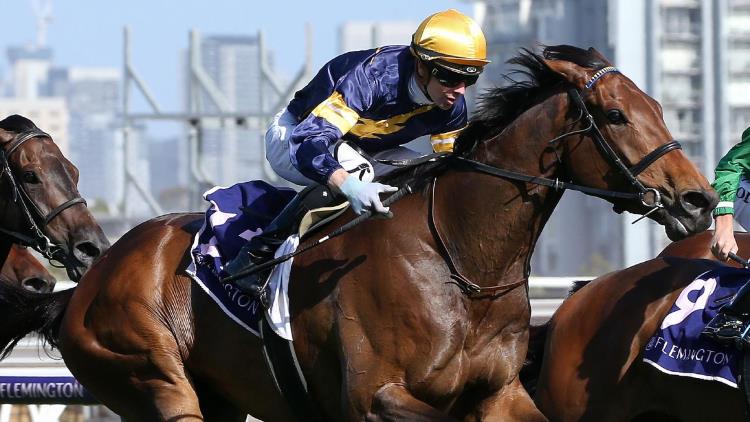 We have expert betting tips for the card this Saturday at Mornington that features nine quality betting races.

It’s Mornington Cup day this Saturday and we have our best value bets throughout the day.

The Maher/Eustace team lines up the colt that scored a breakthrough win at Morphettville last time out.

He raced against tough opposition to start his career before showing a good turn-of-foot earlier this month.

It bodes well for a good run and this isn’t the strongest field we have seen at this level.

You wouldn’t be delusional to back Delusions, which owns three wins from 11 starts. The four-year-old mare isn’t the most consistent type, but she was too good for them at Flemington three starts ago.

Her form since has been only fair, however, she looks well-placed from barrier three and that bodes well for a good run.

Too Good Too Hard has won half her career starts and that’s something that can’t be ignored. The four-year-old is a three-time winner, which ran fifth behind Tofane at Flemington last start.

That experience will do her plenty of good for the future, and this race is a slight step back in grade. She had a trial at Cranbourne to prepare for this run and there was plenty to like about that as well.

The Hawkes-trained runner showed his class when scoring at Moonee Valley last start. He let down nicely in the straight to win by 1.8 lengths, so we’re confident of another good run.

He has shown ability throughout his young career; winning two and placing in three starts. His best form would be competitive in this race and we’re expecting a forward effort.

Salsamor is shooting for his third consecutive win and there’s no reason why he couldn’t achieve that feat.

The son of Tavistock scored at Flemington by a narrow margin before putting 3.3 lengths on a weaker field at Wangaratta.

His form reads well for this race and there are no last-start winners apart from Salsamor in this race.

Chuck a Luck is a former New Zealand runner that ran sixth behind Catalyst in the Guineas. He had a run at Sandown when running third, so that form looks good for this.

The Busuttin/Young-trained gelding made up good ground from the back of the field, and rising back up to the mile only helps his chances.

Mike Moroney lines up the four-year-old gelding that scored a tough win at Caulfield last start. He’s an imported runner that has looked good since arriving in Australia.

His two wins from three starts in Australia have been good and running at 54kg is going to help his chances.

It’s a tough field but he’s every chance of winning.

Clinton McDonald lines up the mare that has won her last two races. The four-year-old scored by four lengths at Caulfield and backed that up with another win.

She won by 1.8 lengths against a tough field at Flemington last month, and we’re expecting that form to stack up nicely.

It’s a big field but drawing barrier four and running with only 54kg is ideal.

Declares War is better than what he has been showing of late, so stick with him. The four-year-old gelding is a four-race winner from 12 starts, including a win at Flemington last season.

Punters might have lost faith in him but he’s only going to improve with racing under his belt, so consider at the odds.