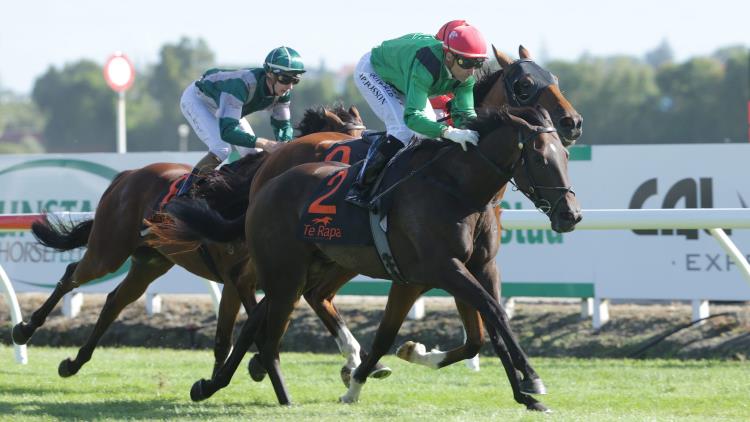 The New Zealand Derby is the pinnacle of three-year-old staying racing in New Zealand and a big field of 18 will line up for the $1 million prize.

Held at Ellerslie in Auckland on Saturday, the NZ Derby is the starting point for many thoroughbreds that came over to Australia and win throughout the autumn and spring.

There are many quality types this year and we have found our best bet, best each way and best roughie value for the feature race in New Zealand this Saturday.

Be sure to shop around for the best odds this weekend and we recommend checking out new bookmaker Neds.

Our best bets for the New Zealand Derby 2018

Having won the Tasmanian Derby with ease, the three-year-old looks to be in good form and although his form in Melbourne wasn’t overly flash, punters should always respect the Australian runners coming over as they have a good record in New Zealand.

Nice effort to win the Avondale Guineas, which is the key lead-up race to the New Zealand Derby.

The Moroney/Gerard stable knows how to produce top-class staying talent and On The Rocks looks to be the next star out of their stable.

Fifth behind On The Rocks last start, Mission Hill was unlucky in defeat after getting tightened down the straight.

He has since worked brilliantly alongside race favourite Danzdanzdance and that piece of work was good enough to put him on top here.

The son of Teofilo is bred to see out the Derby distance and he could be the next Kiwi runner to impact on the Australian distance scene.

The trip to Australia might have taken the string out of Vin De Dance, but there’s no denying his ability.

The OTI Racing-owned gelding finished fifth in the Moonee Valley Vase in October before returning home and running third last start in the Guineas.

His breeding suggests the distance won’t be a worry and he’s a live chance with luck in running.

Punters have to respect runners out of this stable given how well they have done this season.

The son of Ocean Park finished seventh in the Guineas but he has always looked a type which will appreciate more distance and he just needs time to find his rhythm.

$10 is a fair price and he looks like a good place chance at the very least.

Eighth in the Guineas which was a fair result and he has performed well on this track in the past but drawing barrier 19 hurts.

Not the worst chance but we would want bigger odds.

Twice a winner from eight starts but he would need to improve lengths to go close in the Derby.

A last start sixth at Hastings isn’t good enough to consider this longshot as a winning hope.

Horrible in the Guineas and we’d suggest having your money for another day.

The son of Guillotine was a good winner at Avondale last year and he ran well for third in the Waikato Guineas was good.

He could be one for the future but we are concerned about his lack of experience around Ellerslie.

The odds suggest to look elsewhere and we’d have to agree.

Just hasn’t shown enough this campaign and this is nothing more than a stab in the dark by connections.

He might not be a freak but he’s not the worst chance in this field.

The Lisa Latta-trained gelding finished off strongly at Ellerslie last start and although that didn’t come against quality opposition, he hit the line with purpose.

$18 is about fair from bookmakers.

Twice a winner from four starts and he battled well for sixth behind On The Rocks last start.

Didn’t get much luck after being posted three wide throughout and if he’s not too tired after that run, he could test a few of these.

Stephen McKee-trained runner which defeated a subsequent winner in November and he boxed on well last start at Te Rapa, but he needs to lift.

He looks a little one-paced and a place chance would be a big achievement.

There’s not much wrong with the form of Joe’s Legacy but winning a Derby at only your fourth start isn’t easy.

Having dodged the main opposition throughout his career, the Jason Price-trained runner has been thrown in the deep end here and he will likely find the pressure too tough.

Form is average coming into this and drawing barrier 20 is another nail in the coffin.

Sam Spratt rides and she will likely push forward and give them something to chase.

Roger James-trained runners should always be respected in the Derby and he was unlucky last start on this track.

The son of Derby winner Jimmy Choux has good credentials and there are worse chances at $51 with bookmakers.

Three-year-old filly which hit the line with purpose in the Avondale Guineas last start.

Punters have climbed into the Logan/Gibbs-trained runner which has been calling out for more distance and she gets it here.

It’s a tough race for fillies to win but respect the weight of money and she should be in the thick of the finish, but the odds are too short for our liking.

Gets into the race after the scratching of Scott Base and although his form doesn’t match up to this quality, he will enjoy the distance.