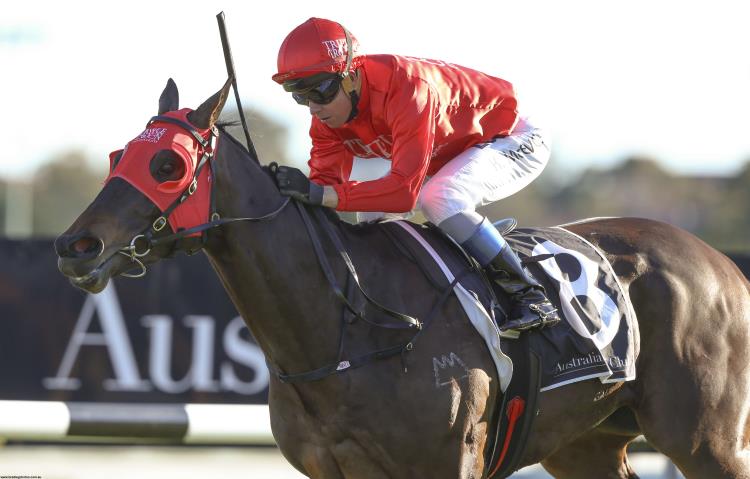 It’s the final day of the Melbourne Cup carnival at Flemington and what a betting card punters have in store.

The Group 1 Emirates Stakes and Group 1 Darley Classic are the feature races on the nine-race card and it promises to be one of the best betting days of the year.

Rosehill has a nice betting card as well and although we’re sad to see the carnival come to a close, it’s a great way to end it.

Willie Haggas lines up this import which finished second in the Sale Cup last time out.

The son of Fastnet Rock didn’t have the best form overseas, but average international form is typically good in Australia.

With a couple of Australian runs under his belt, punters are expecting the five-year-old to be more competitive and this isn’t the strongest Saturday field we’ve ever seen.

The form line doesn’t read overly well, but the five-year-old ran well in the Caulfield Village Stakes last start behind Rich Charm and that form looks good for this.

Aaron Purcell lines up the son of Henrythenavigator which showed a good amount of talent in Perth before coming to Melbourne. He wasn’t far behind the likes of Rock Magic and Scales of Justice, which is good form against a field that lacks any recent success.

There’s only one last start winner in this field and it could pay to follow the money with this runner. It’s the only current starter at single figure odds.

Kiwia couldn’t quite match Qewy last time out, but it gets in better off on the weights and we think he could turn the tables.

The Darren Weir-trained stayer has finished in the first three in 10 of his 11 starts and returning to Flemington is going to suit him perfectly.

The rangy type was a big winner in the Coongy Stakes before running second in the Bendigo Cup and we think it will have its best chance of beating Qewy, which has to carry a much bigger weight.

He might be the future of staying racing in Australia, but he needs to win this for that title.

Falika has scored three impressive wins in a row and a fourth could be on the cards here.

The Greg Eurell-trained five-year-old scored a win on this track three starts back before winning the Pinker Pinker Plate at Cranbourne and a top handicap race at Moonee Valley last start.

Its form prior to its winning streak included a placing at Mornington and he has drawn perfectly in barrier two with a light weight of 55kg.

That $5 is a good price for punters.

Redzel continues to be underrated despite winning The Everest with a fair amount of class.

The Snowden-trained sprinter is riding a significant winning streak and he has been given ample time to recover from winning at Randwick last start.

The five-year-old is a winner of 10 from his 20 starts, with three coming at this distance and he won his only other start down the Flemington straight.

Drawing barrier 10 will allow him to find the outside rail and he’s turned into a bomb-proof runner and that’s something punters love.

Check out of full betting guide for the 2017 Emirates Stakes here.

Sircconi is over the odds here and this is much easier than what he faced last start.

The three-year-old colt didn’t fire in the Group 1 Caulfield Guineas, but his form prior included a placing behind Snitzepeg and a win over Wyndspelle at Caulfield.

That form reads extremely well and he might get everything his own way in front with a touch of luck.

He has the experience edge over most of these and he should be a single-figure chance.

Unforgotten was forgotten in the market last start, drifting right before start time, but she scored an impressive win.

The Chris Waller-trained three-year-old charged home down the outside of runners at Rosehill and that win suggested the rise in distance here is going to be ideal.

Rising up to weight isn’t ideal, but this field isn’t overly tough and she should be finishing well again.

I Am Serious continues to go from strength to strength for Chris Waller.

The former country-trained runner has won her last two starts and she has shown a good amount of professionalism in doing so.

It took Waller a couple of runs to get her figured out, but she looks a nice rising star at this level and she’s perfectly placed in this grade at the weights.

We’d be prepared to take shorter odds than what’s currently being offered.

Stonebrook entered his last run unbeaten after four starts, but he wasn’t able to make it five-from-five.

The Waterhouse/Bott-trained gelding finished a narrow second behind Passage of Time, but take nothing away from his effort.

He was tackled in the straight by a fresh horse and he battled right down to the line. There’s no Passage of Time this week and he only needs to cross from the barrier to be a winning chance again.

$2 is on the shorter side of value, but we’re confident that he will give his best.

Zonk looms as a weighting special at the 51kg after the 2kg claim from James Innes Jnr.

The Les Bridge-trained runner finished a narrow second last time out, but she lost no admirers and this looks a nice target for the four-year-old.

She would have been a good winning chance at even weights, but she looks one of the better bets at the weight.