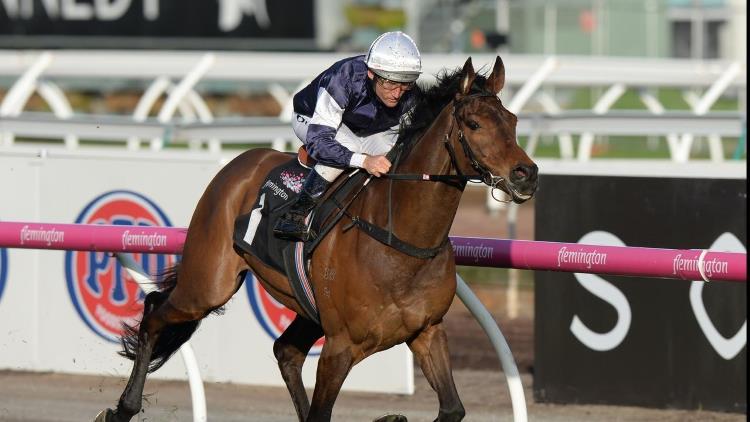 It’s Sandown’s biggest meeting of the year with the Zipping Classic, Sandown Cup and Sandown Guineas all on the card.

There’s also a top betting card at Rosehill and punters have plenty of choice this Saturday.

We’ve found the best bets across both meetings in the hopes to fill our pockets as Christmas fast approaches.

Nice odds on offer for the former New Zealand runner which finished a nose behind Tamasa at Bendigo last start.

The three-year-old filly finished second in the Great Northern Foal Stakes at Ellerslie before coming to Melbourne.

Archie Alexander is in good training form and winning here looks well within her capabilities and the odds are great.

Punters have been burned on many occasion this season with Gallic Chieftain, but now’s the time to strike.

The Darren Weir-trained import finished third in the Herbert Power before running a career-best second in the Geelong Cup.

Not everything went his way in the Queen Elizabeth last start and stretching out to this distance could be a worry, but there are no stakes types in this field and Dean Yendall should be able to find a nice spot in running and have him ready to fire on the turn.

We’re expecting him to start odds on.

Heavily backed throughout the week, Dollar for Dollar will likely start as the favourite.

The Tony McEvoy-trained runner has rattled off three consecutive wins, which culminated in a 1.5-length victory at Flemington last start.

The well-bred gelding by High Chaparral has a significant turn-of-foot and also the ability to sit close to the pace and kick strongly in the straight.

Those features will make him tough to beat here and in the future.

2016 Melbourne Cup winner Almandin wasn’t able to recapture the magic this year, but this is a significant step down in grade.

The eight-year-old travelled wide throughout the Melbourne Cup this year and never enjoyed the track conditions.

Dropping back in distance is a concern, but he looked good over this distance earlier in the campaign and he’s drawn to get a soft trip in transit.

There is money coming for Big Duke and The Taj Mahal, but Almandin should have them covered.

It was a huge run from Snitzepeg in the Carbine Club Stakes because the ride was extremely average.

Snitzepeg is best ridden on the speed and to make up ground from the back at Flemington and deny the track bias was a huge effort.

The winner of three from 11 has plenty of class and he’s paying nice odds to return to the winners’ circle on this occasion.

After four runs without a win this campaign, punters are hoping Petition can pay them off at Sandown.

The talented mare finished an unlucky fourth in the Tristarc Stakes last start and she would have won with a clear run at them.

She returns to a track where she has had good success in the past and she could end the day well for punters.

Joe Pride lines up O’Reilly Cyrus, which is a well-bred mare which has underachieved so far in her career.

The daughter of O’Reilly showed form earlier this campaign when running third behind Regimen and second behind So Splendid, but winning has been tough for her.

This is a tricky field, but she’s worth a bet at the big odds.

Highway Handicaps are always good races to bet on and Equal Balance should give punters a good sight.

The Kurt Goldman-trained sprinter was stuck four-wide at Rosehill last start and he still managed to stick on well for sixth.

His form prior included a won over Easy Eddie at Kembla Grange and that form has stacked up well since.

Getting the 2kg claimer riding is a positive and he has the ability to run quick sectionals and win.

Connections of this talented runner have remained patient all campaign by keeping Interlocuter in his own grade.

The European import has won four of his last five starts and the only one he lost was via protest. That’s a great record and his win at Randwick last start came over subsequent winner Black on Gold.

Punters will have to take the shorts again with this runner, but he’s worth it and there will be many multi-bets running through him.

Despite suffering a heart problem two starts back, Redouble was able to come out last start and give them a galloping lesson.

The Bjorn Baker-trained runner scored a tough win over Dreamforce at Rosehill and he looks capable of going back-to-back here.

His form prior included a second placing behind Chalk and a fifth in the Phar Lap Stakes behind Foxplay. That’s much better form than its opposition and he could strike twice in a week.