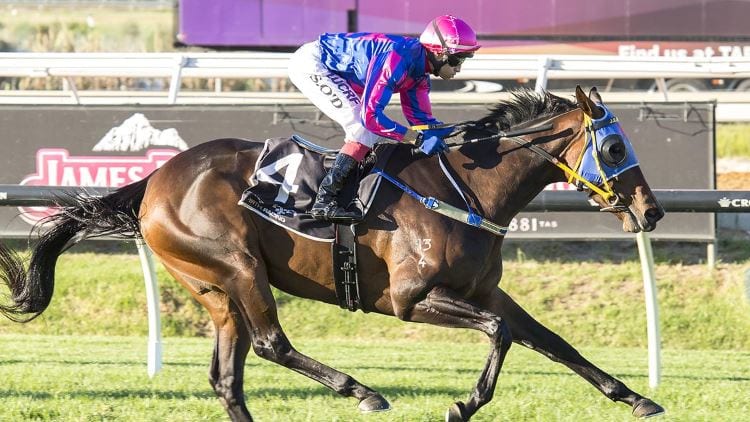 No major races on the card this Wednesday at Sandown and Newcastle but there’s still some great value on offer.

The Cessnock Cup runs at Newcastle, which is the feature race of the day and Sandown has an eight-race card where we have found our best bets and form.

Darren Weir lines up the three-year-old which has finished third in both starts to date and hasn’t been overly impressive, but improvement is expected.

The nicely-bred colt ran 1.6 lengths behind the winner at Kyneton last start and the increase from 1200m to 1400m should only help his chances.

Nice odds on offer for the Lloyd Kennewell-trained filly which has run second at her last two starts.

The daughter of I Am Invincible finished only a neck behind the winner at Kyneton last start and that should be good form for this. It is a strong race but she should get a nice drag into the race and be in the thick of the finish.

The each way value at $7 is worth taking and she could start at around $5.

Our Long Sali finished only 2.4 lengths behind the talented Bleu Roche at Flemington last start and that form is going to stack up nicely in this.

Patrick Payne lines up the Needs Further filly which finished a close fifth at Moonee Valley prior to that and although her winning form came in Tasmania, she looks to have plenty of ability.

Won’t take long to break through in Victoria.

We’re getting a little impatient with the Darren Weir-trained mare which has run well since arriving in the stables but has yet to score a win for Weir.

The four-time winner in Perth finished sixth at Moonee Valley before running 2.5 lengths behind I Am A Star. The money was subsequently placed on her last start when running second, but she didn’t get much luck so we’ll give her one more chance.

Tough field but she has been well-received in betting.

Looked good winning her first two career starts before running into some quality opposition at Caulfield.

The Lindsay Park-trained four-year-old ran 10th behind Summer Sham before improving to run fifth behind Reilmartini.

Gets into this race well off on the weights with the claim and there has been some early money come.

Returning after a long break, Designer Maid looks capable of hitting the ground running considering what she showed when on debut last preparation.

The Kris Lees-trained three-year-old filly scored by 5.5 lengths on debut at Taree before running last at Warwick Farm, but she didn’t get through that run well.

She hasn’t trialed for this run and is still the odds-on favourite, which is a good sign.

Crowd Surfer has been backed and beaten in two starts so far but he should strip fitter for this and be tough to hold out.

The four-year-old gelding ran second on debut at Taree and fourth last start but has finished within two lengths of the winner on both occasions.

He’s bred by High Chaparral and the rise to the mile is only going to help his cause.

Clare Cunningham lines up the favourite which enters this after posting a half-length win at Hawkesbury last start.

The son of Keeper didn’t have much form prior to that but he was facing some tough fields in Sydney, which included the likes of High Bridge and Gaugain.

Much easier here and even know Jason Collett isn’t in the saddle, Chad Lever should be able to do the job.

Form around Nick The Skip lines up well for this after running second at his last four starts. Included in those placings was a second at Scone three back behind Mick The Hat, which subsequently won on Monday.

The three-year-old will enjoy the inside draw and Robert Thompson should be able to settle on the pace from that draw.

Only needs some luck to go his way to score the elusive win and it should come here.