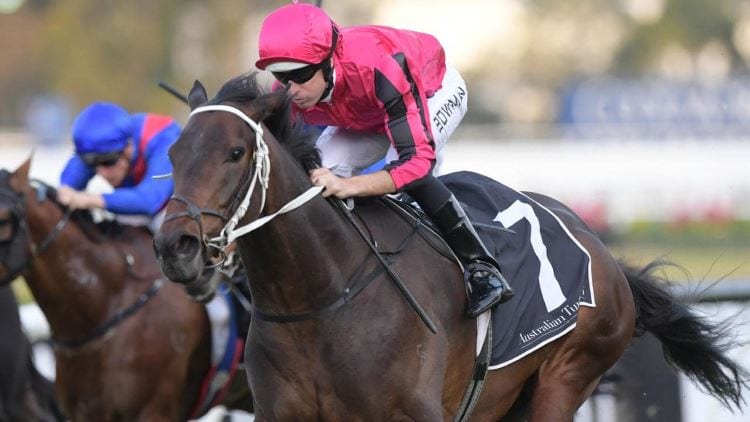 We have free tips and form for all eight scheduled races and bookmakers are offering good value across the board.

The Darren Weir-trained three-year-old has finished in the money in four of his five starts to date and that consistency should help him here.

He’s a son of Albrecht which was a winner on debut at Warrnambool and has since run well against some nice types. His only non-placing came behind stakes winner Thrillster and that form looks good for this.

Danny O’Brien lines up the three-year-old colt which has been knocking on the door with consecutive second placings and it won’t take him long to break the maiden grades.

He finished a nose behind the winner at Bendigo two back before again running second last start behind Jawwaal. That form should stack up nicely for a race like this and although he has drawn a touch awkwardly, having Brett Prebble in the saddle helps.

Chevaux hasn’t won since scoring on debut at Ballarat but he has been around the mark and his most recent efforts speak volumes.

He ran 1.5 lengths behind Our Sea Goddess at Geelong two back and finished a neck behind Lecture at Ararat last start. We’re expecting the form out of that race to stand up well at this level and he has the Weir factor in his favour.

This field doesn’t boast any superstars but Chevaux looks to be the best of them.

It took some time for Bold Arial to get off the mark with a win but it came in style. The three-year-old filly scored by 4.5 lengths at Bairnsdale last start and that form looks good for this.

Prior to that she finished in behind the likes of Futooh, Pure Elation and Fiesta. That’s group level racing and now that the confidence is up, she could kick on with it.

She is drifting in the betting but $4 is a great price.

Matty is a more than capable sprinter which will use the inside draw to his advantage. The Ellerton/Zahra-trained gelding has won and placed at Moonee Valley and has already won over 1000m this season.

We’re unsure why he’s not the favourite to win as the inside draw over this distance is key and he’s a four-time winner over this distance. That record stands up nicely for this and we’ll happily take the odds on offer.

Dennis ran poorly at Flemington last start when rising right up in grade, but dropping back to this grade suits and his form could turn around immediately.

The Weir-trained runner was a winner at Bendigo prior to that failure and although he’s yet to win from six starts over the 1000m, he has placed four times.

This is going to be a helter-skelter race but he should run well at each way odds.

The wide draw is an immediate turn off for Mr Monaco but there are plenty of positives and he could offer some value for punters.

Trained by Richard Laming, the four-year-old hasn’t been far off the mark this year, which includes a second placing at Sandown followed by a sixth at Flemington.

That’s city-class form and it should be good enough to see him fighting out the finish.

Chris Waller trains the mare by Fastnet Rock which is dropping back after running fifth at Flemington on Stakes Day.

The four-year-old mare is a winner of three from 18 starts and with a recent win at Warwick Farm under her belt, she should be in fit order for this.

Michael Walker rides and he’s an aggressive jockey, which should help her chances.