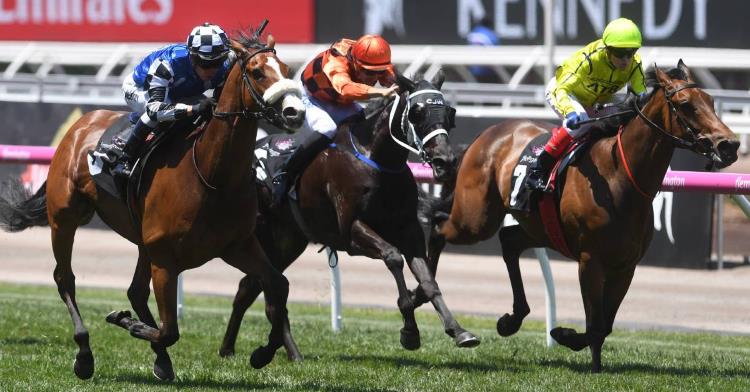 Rosehill hosts the Golden Gift on Saturday, which will give punters a good insight into the early Golden Slipper betting markets.

The nine-race betting card features some talented horses, including some unbeaten types which will go down well with punters.

It’s Magic Millions Clockwise day at Ballarat and it has also presented punters with some quality betting fields.

There is no lack of quality racing this Saturday so get stuck in.

This runner was $2 earlier in the week and it has been smashed in the betting.

The James Cummings-trained filly scored an effortless trial win coming into this and seeing how well the Godolphin juveniles are going at the moment, it’s not surprise to see punters coming for it.

There is going to be plenty of attention on the Lonhro two-year-old, but it looks deserved and we’re expecting a top effort.

Zonk has been a touch unlucky to not win its last two starts, but this looks like an ideal target now.

The four-year-old by I Am Invincible has missed a win or placing only once from seven starts and punters love that consistency.

It should return to the winners’ enclosure here.

This runner was considered good enough to run in the Queensland Guineas last campaign and that looks like great form for this.

Trained by Matthew Dunn, the four-year-old finished second last start when fresh up from a lengthy spell and that run should have got the fitness back into its legs.

Carrying 60kg could make it tough on this occasion, but he has more class than most of these and that should shine through on race day.

Dropping down in weight to 53.5kg might offset the poor barrier draw and that might not matter over this distance.

The seven-year-old by High Chaparral has won four of its 17 starts, but she also has eight placings to her name.

That consistency has been tested at good levels in Sydney and she has coped with stronger fields than this.

She will likely settle back from the draw and come with a big run late.

Unbeaten from four starts to date, Bon Amis looks like a nice type in the making and punters are still getting a solid win price.

The Jason Deamer-trained four-year-old wasn’t tested when winning by 4.8 lengths at Newcastle two starts back and he kept up a strong gallop to the line last start.

That 1.8-length win on this track was indicative of a horse going places and he has the barrier speed to cross from out wide.

With consecutive wins coming into this, Istria looks like a nice winning chance once again.

The Cummings-trained four-year-old has come of age this time in with victories at Newcastle and Randwick.

Her most recent win came by nearly five lengths and despite running on a slow track, she seemingly enjoyed the conditions and scored an easy win.

She could be going places and she gets into this race well off on the weights.

Four-year-old gelding which won its only fresh up start impressively.

That came on debut some seven starts ago, but he’s dropping back after contesting stakes company last start and that Creswick Stakes is a nice form race for this.

Drawing midfield in barrier six shouldn’t worry him and he should be swinging for home with a nice head of steam.

There has been a solid push for this runner after running second behind a smart type on debut.

The Lloyd Kennewell-trained filly ran a nose behind Long Leaf, which has since won again and was impressive in doing so.

That experience will help this daughter of I Am Invincible and race experience should be key against some untried types.

Drawing wide hurts, but it should have plenty of barrier speed to overcome that.

There has been solid support for Milwaukee all week, following a good effort behind Dollar for Dollar last start.

The Michael Moroney-trained four-year-old looked the winner halfway down the straight at Flemington, but it was reeled in late and ultimately ran third.

The Adelaide Guineas contender was a 1.25-length winner prior to that over Divine Quality, which is a good form guide for this and that form should stack up well.

An imported runner for Darren Weir, the five-year-old produced a big finish at Flemington last start on Oaks day when winning by just under a length.

The son of Paco Boy didn’t fire completely overseas, but that turn-of-foot is respected down under and another win looks likely here.