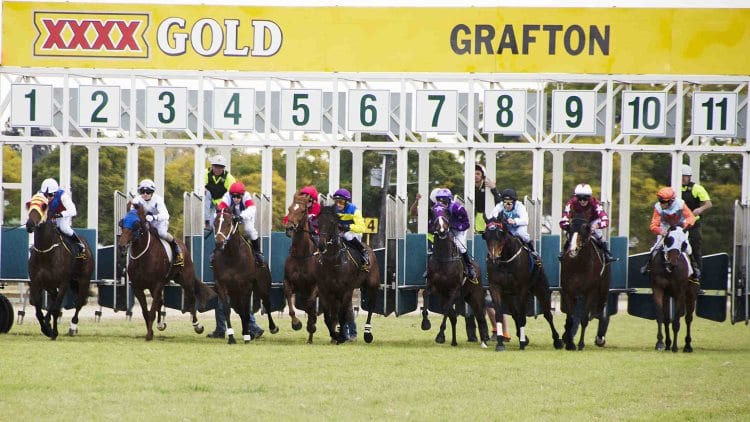 The glamour of the Melbourne Cup Carnival takes a break for one day when a provincial meeting headlines the midweek action.

On a relatively quiet Wednesday of racing, we’ve found the best bets across the card at Grafton and there’s some great value on offer. The racing might not come out of the main centres but there’s some promising types engaged.

Punters will have to take the short odds on offer in the opening race but the three-year-old colt looks to have ability.

Trained by Toby Edmonds, he was sent out as the $1.57 favourite on debut when running third at Ipswich. He shouldn’t have lost any admirers with that effort, however, and he’s drawn to get a beautiful run from barrier two.

$1.70 is short but it’s better value than last start and he looks the goods.

Has the breeding to suggest she’ll be making a serious effort on debut here and her recent trial form is solid.

The Matt Dunn-trained filly by I Am Invincible scored a three-length trial win at Deagon and although the Deagon trials often mislead punters, she’s in good hands and a good debut effort is expected.

Drawing the rail will help with her education and $2.30 is a good price and she could start much lower.

The rise in distance was key to success for the mare by Azamour last start and rising to 2200m is only going to increase her chances of winning.

Kris Lees lines up the four-year-old which scored by 2.8 lengths at Port Macquarie last start and we’re expecting her to kick on with it now.

The opening price of $3 has been taken and we’re expecting more money to come on the day.

Mackellar’s form maps out well for this after posting a 3.3-length win at Grafton against this grade last time out.

She does rise from 54.5kg to 59kg as her penalty but now that she has broken through for the win, she might just kick on with it now.

This field lacks any decent form and Shrapelli is the only runner in the field to have won a race at its last five starts. That’s horrible form and Mackellar should take advantage of that.

It has been a long time between drinks for Cool Prince but his recent form has been encouraging and form out of Grafton should stack up nicely.

The six-year-old finished third at Grafton last time out in this grade as a $4.50 chance and given how close he was to the winner, punters are getting value odds this time around.

Staying at 55kg is going to help his chances and former Kiwi jockey Shannon Doyle should get the best out of him.

Kris Lees is always strong at these meetings and he lines up Miss Fraser, which has improved with every run to date.

The nicely-bred mare by Bullet Train which improved over more distance when running third at Muswellbrook over 1750m and although dropping back 50m isn’t ideal, having that experience will be of benefit to her.

$5 is a nice price for the loose second-favourite and we’re expecting another tidy effort from the improving mare.

He might not have crossed the line first for awhile but Impregnable has ability and has been knocking on the door his last couple.

The Edmonds-trained five-year-old finished sixth fresh up before improving to run sixth at Doomben against a quality field. The form out of that race should stack up nicely and he’s unbeaten in two starts at Goulburn.

Returning to his favourite track should help him win the feature race of the day.

Big Reg was bullish in victory at Muswellbrook last start and that form could translate well into this.

The I Am Invincible gelding is a winner of only two from 12 but he’s tough to stop when he hits top gear and he looked to have found some enthusiasm last start.

He’s suited by the claim and should prove tough to beat.