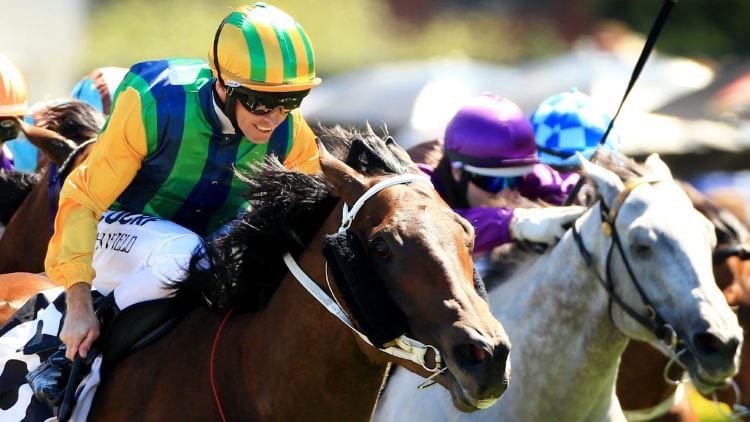 We have expert betting tips for the card this Thursday at Flemington, which features nine quality betting races.

It’s Oaks Day at Flemington this Thursday – the third and penultimate meeting during Cup Week.

Punters get quality races to bet on throughout the card and we have found our best bets.

Impi suffered his first career defeat last time out at Geelong but he certainly wasn’t disgraced.

He battled on nicely behind Harbour Watch and that form could stack up perfectly later on the card.

Prior to that he looked better than average. He won his first three starts, including a six-length win at Echuca.

Tough to overlook that form.

Tagaloa looked good at the trials and the Busuttin/Young-trained runner could make a winning debut at Flemington.

He’s a two-year-old colt by Lord Kanaloa and his one-length trial win at Moe came in a good enough time to recommended for this run.

Seeing Nash Rawiller in the saddle helps and there has been solid money placed throughout the week. That’s a good sign and punters should follow the money.

Bumper Blast couldn’t have been any more impressive when scoring at Sale last time out. The four-year-old scored by 6.8 lengths in a one-sided affair.

The son of Ocean Park was facing an easier field than what he faces here, but he looks more than capable of handling the rise in class.

Has been well-backed to win and Melbourne Cup-winning jockey Craig Williams takes the ride.

Maggie Miss has already won twice this campaign and she could add a third here.

Trained by the Waterhouse/Bott stables, the four-year-old scored by a length at Hawkesbury last start and Sydney form usually stacks up well in Melbourne.

She possesses a good turn-of-foot and likes to lead from the front. Those qualities combined will make her tough to beat and the odds on offer are generous.

Ball of Muscle has avoided the star sprinters to line up here and punters could cash in.

The experienced star has won 13 of his 42 starts for over $1.7 million in career earnings. That’s tough to ignore and he comes into this race with a placing behind Trekking in the Schillaci Stakes.

That form has been franked in The Everest, so it’s tough to look past. He loves the track and running down the Flemington straight has never worried him.

Harbour Views could mature into a very nice horse and a win here would cement that claim.

The four-year-old gelding is unbeaten after five starts and he ran down a very good horse in Impi last time out at Geelong.

Carrying 61.5kg will make it much harder here as he’s giving O’Tauto 4kg, but he’s classy enough to handle it.

Gets a good run off the inside draw and we’re excited to see what he can bring this time around.

There is plenty of hype surrounding this two-year-old, which was a booming winner on debut at Ballarat.

The two-year-old by Camelot settled near last and made up a stack of ground to score by 1.8 lengths and that’s a run of a horse going places.

Drawn well in barrier five and with Damien Oliver in the saddle, we’re expecting a top effort.

Peter and Paul Snowden line up the three-year-old filly which kicked clear to score an easy win last time out.

The daughter of I Am Invincible has a nice future and that was made obvious when beating subsequent Group 1 winner Loving Gaby by 2.3 lengths at Caulfield.

That form has to stack up at this level and she’ll likely start as the odds-on favourite come race day.