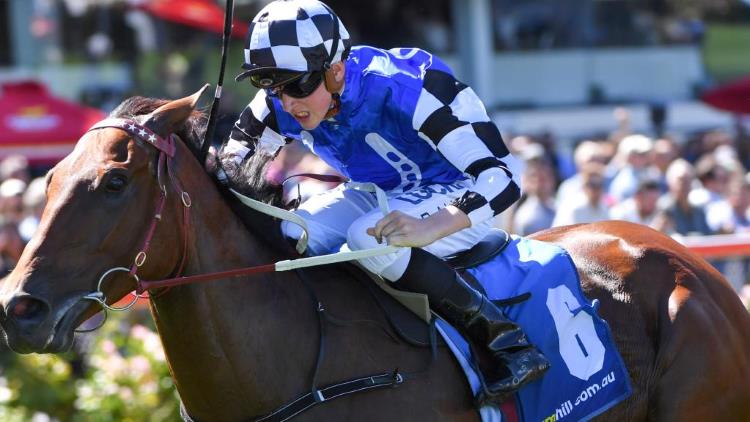 It’s Cox Plate day at Moonee Valley and what a 10-race card the Victorian track has in store.

Winx will be the talk of the track as she seeks three consecutive Cox Plate victories, but punters will enjoy a long day of racing which continues on from the Manikato Stakes meeting on Friday night.

There’s also a great supporting card at Randwick where there are no major races scheduled, but the numbers are impressive for Sydney racing and punters are getting rare big fields to bet on.

Cox Plate day is one of the most iconic punting days of the year and it would pay not to miss it.

Badajoz is looking for three consecutive wins and this looks a nice target for him.

The James Cummings-trained son of Commands scored narrowly at Rosehill in August before winning well at Caulfield last start.

He’s a six-time winner which is best held to these grades and running over the short course distance won’t be an issue.

Drawing barrier two looks ideal and he looks like a nice early bet on the Moonee Valley card.

James Cummings could get an early double on the card with unbeaten filly Demerara.

The three-year-old has won all three starts in Sydney in lower grades than this, but she hasn’t been fully tested to date.

She’s by Commands so she should continue to run well and her win last start over Workdrinks had some quality attached.

She will need a touch of luck from a tricky barrier, but her price is steadily dropping.

Punters climbed aboard Big Duke in the St Leger and that loyalty paid off.

The Darren Weir-trained stayer was just too good for Auvray over the concluding stages and he returns back to Melbourne where he races best.

He hadn’t been winning as frequently as punters were used to, but he didn’t have everything go his way earlier this season.

He’s facing a similar field to what he beat last start and we’re predicting the same result.

It’s not easy tipping a maiden runner in a $200,000 race, but Mintha has the best form lines in the race.

The Tony McEvoy-trained filly finished fifth in the Thousand Guineas last start and her form prior to that included a placing behind the speedy Houtzen.

She’s royally bred by Redoute’s Choice out of a New Zealand Derby-winning mare (Hades) and having another run at this distance only increases her chances of running well.

It’s a risk, but the odds are appealing.

2017 Doncaster Handicap winner It’s Somewhat has to be respected here.

The seven-year-old backed up that win with a victory in the Hollindale Stakes at Gold Coast, but his runs in the Doomben Cup and Rupert Clarke Stakes have been only fair.

He would have needed the hit out last start so we’re prepared to forgive that effort and he typically runs well with some fitness in his legs.

Getting $5 for a runner which has won almost $3.5 million is a good thing for punters and we’re expecting his odds to firm.

Punters are getting $2 for Royal Symphony to effectively run either second or third, but the odds are still appealing.

The three-year-old looked like a potential top liner when winning his first three career starts, but the bubble did burst a little at his last two runs.

His runs for fourth in the Guineas Prelude and Caulfield Guineas were full of merit, but not quite up to the standard we have come to expect.

Running over a longer distance should suit him nicely and he gets in with only 49.5kg on his back. That’s a significant weight advantage over the field and he only needs some pace on up front to show his best turn-of-foot.

Three-year-olds have a good record in the Cox Plate and he appears good enough to contest for the win.

I Am Serious scored its first win for Chris Waller last start and she could kick on with it now.

The four-year-old by Choisir set the pace at Canterbury last start before being taken on in the middle stages, but she was too good in the end.

She faces her toughest test to date here, but getting in with only 54.5kg on her back will help and some of the more fancied chances are struggling for form.

Carrying 60.5kg won’t make this easy for Tactical Advantage, but he’s clearly the best horse in the race.

The four-year-old gelding has won five of his 10 starts to date and two of them have been on this track. He knows how to race well fresh up and he has taken on much harder fields than this.

The Joe Pride-trained runner finished second in the Daybreak Lover Stakes at Doomben last start and he was considered good enough to run in the Group 1 Arrowfield Stakes.

There are some speedy types in this race, including Nictock and I Thought So, but the advantage is with Tactical Advantage.

It’s been awfully hard not to be impressed with Stonebrook so far in his career.

He’s unbeaten from four starts and he wasn’t tested last start when winning by five lengths on this track. That win came after three consecutive wins to open his career and two of them came on this track.

There are no secrets with the four-year-old – he will go forward and set the pace. The drop back in distance is a concern after winning at 1550m, but that shouldn’t worry it too much and the short odds are worth taking.

Sir Plush hit a flat spot heading into the autumn, but he has rebounded well with consecutive wins.

The Bjorn Baker-trained five-year-old scored a 3.8-length win at Rosehill in September and followed that up with a narrow win last start at Randwick.

His ability to either sit on or off the pace makes him tough to beat and he continues to get in with light weights.

This is a tough field with some group one-performed runners, but he’s the form runner.

Interlocuter is an imported runner for James Cummings which could arguably be unbeaten in Australia.

The five-year-old finished second at Newcastle in his Australian debut and he has since won three of his four starts, but crossed the line first in all four.

He was unfairly stripped of his win at Rosehill on September 9 after it was decided that he caused interference, but it was a quality win and he showed his talents when scoring easily last start.