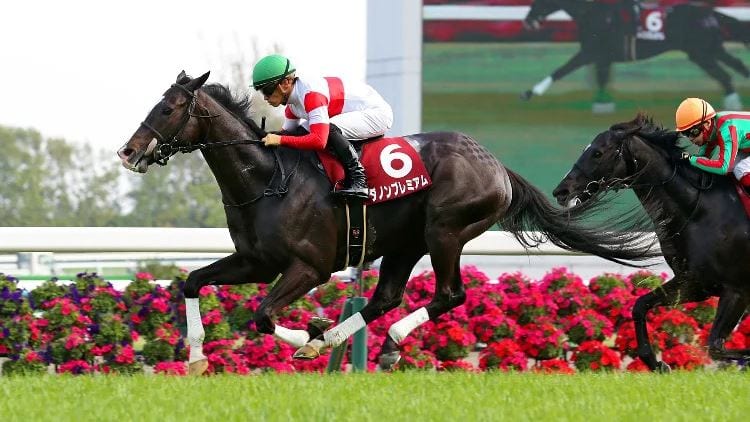 The Queen Elizabeth Stakes is the feature race on Day 2 of The Championships.

A quality field of 13 runners lines up for the big prize and what an amazing field it is. We have our best bets and form for every runner in the race.

Will the imports win another Group 1? Or will the locals hold off the Europeans, Japanese and Kiwis?

The Japanese runners cleaned up the spring carnival and Danon Premium could be better than them all.

He’s a quality son of Deep Impact that owns six wins and two placings from only 10 starts. His last two starts have been second placings behind Almond Eye and Indy Champ.

That form is hot and seeing James McDonald jump in the saddle is a clear good sign.

It was a strong win for Addeybb at Rosehill last start and it’s form that should stack up nicely.

The Willie Haggas-trained gelding held off Verry Elleegant, which has subsequently scored a Group 1 win in easy fashion.

He’s a classy customer that has drawn to get every chance off the inside draw.

The old boy is past his best and his form is showing that. He didn’t run well last start and although he’ll have his admirers, he shouldn’t be winning.

$41 is about the best price you’ll ever get for Happy Clapper.

The Shark lost no admirers when third last start when the conditions of the race didn’t suit.

He’s a Kiwi champion that finished third in the Cox Plate, so he has class on his side and a good turn-of-foot.

He has a slight injury this week, but connections aren’t worried.

It was a super run from Vow and Declare to run third last start. It was his first run since winning the Melbourne Cup, but repeating that effort second-up is never easy.

He’ll likely struggle over the 2000m this Saturday, but he’s running well and we wouldn’t completely rule him out.

Kolding hasn’t come back this preparation, which is disappointing given what he showed last time in work.

The Waller-trained four-year-old was a star three-year-old but he has struggled running against the older horses.

Punters are getting huge odds around Gailo Chop and rightfully so. We’ve liked his chances in the past but he showed nothing fresh up at Rosehill.

It would be a massive upset at triple-figure odds.

Kings Will Dream is rarely too far away from the prize, but he is the forgotten runner of this field.

He looked solid when running fifth in the Doncaster Mile last start, but he’s facing a different type of field here.

Imaging showed ability when winning two back at Rosehill, but he didn’t follow it up with much last start.

The five-year-old ran 16th in the Doncaster and we can’t see that form turning around after just seven days.

Master of Wine is running for his fifth consecutive win after posting some impressive results this season.

He has yet to face a field of this quality, but his win last start at Rosehill is a good betting guide. He was dominant when beating Mustajeer.

Rising in weight could be the undoing of him.

He had his chance to run them down last start but he showed little in the straight. He would need to find 10 lengths on that performance.

She almost went down as the best each-way selection. The Kiwi runner couldn’t have been more impressive when winning at Group 1 level by 4.3 lengths last start.

She’s running in good form and because she’s a mare, she gets the 2kg weight allowance.

$6.50 is a good price and punters shouldn’t leave her out of first four calculations.

Melody Belle is backing up after a tough run in the Doncaster. She finished fourth after running five-wide throughout, so she deserves another chance.

If she’s not too tired, we’re expecting a big run from the Kiwi champion.