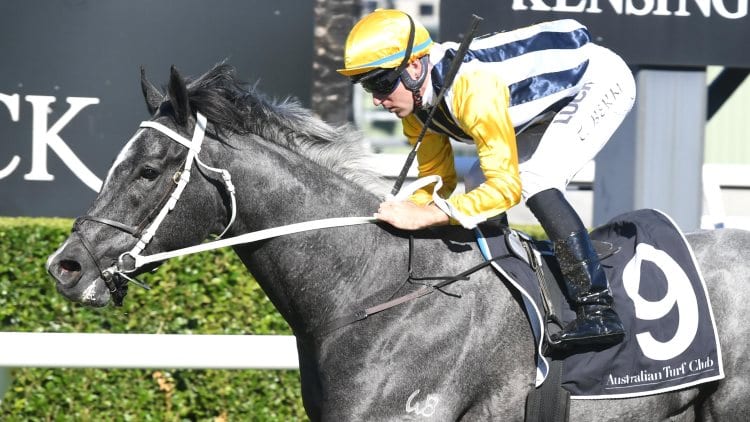 The Queensland Derby is always a great race and we have a field preview, odds and tips for the feature at Eagle Farm.

The full field of three-year-old stayers lines up for the big prize where punters get an even market to bet into.

Our best bets for the Queensland Derby 2019

Ran second in the Victoria Derby but has been soundly beaten since. Needs to lift in order to win this and drawing barrier 22 won’t help.

Lovely Melbourne-based runner which has been a model of consistency this season. That being said, he’s coming off a tough run in Adelaide and he might be getting tired.

He hasn’t had a break for awhile now and he laid in last start, which suggests he might be wanting a rest.

Led nicely to score last time out and that was a nice preparation run for this.

In-form trainer Bjorn Baker lines him up and if he gets a soft lead in front, expect him to battle on well.

Four-time winner which grounded his opponent down near the line last start. Gets a soft run from the inside draw but we’re not sure he’s a Group 1 type.

This stable knows how to train young stayers and Savvy Oak has been solid this campaign without being special.

He comes into this with a win three back and back-to-back second placings. Those runs will have his fitness levels up so don’t discount.

Ran poorly in the New Zealand Derby but has rebounded in fine style since arriving back in Australia.

He has won his last two starts in fine style and he’s going to enjoy running over this distance once again.

He’s an adaptable type which will likely sit off the speed and come into the race around the home turn with Tommy Berry in the saddle.

Nice chance at the odds.

Much-improved run when third last time out but that form shouldn’t be good enough to win at this level.

Long odds and we’re not surprised.

Yet to win from four starts this preparation and he’s going to need an awful amount of luck from barrier 23.

Has been specked at odds but we can’t find a logical reason as to why.

Another which hasn’t shown his best form this campaign and would need to lift in order to win this.

Does have the breeding to suggest he could win over 2400m and we’d need to see a rather strong betting push.

Looked better last campaign when producing consecutive wins. Hasn’t quite come back from the spell with much gusto and he’s likely to struggle in this.

Drawing wide won’t help his cause either.

Last start winner which scored well at Ipswich but he faces a significant rise in class and we’re not sure he’ll handle it.

Looks a good handicap type for the future but could be outclassed in this.

Kiwi runner which was well backed to win last start but did absolutely nothing in the straight.

Tough to back it with any confidence based on that performance, but money has come for it once again.

Three-year-old colt which pushed Nobu very close last start and that form looks the best betting guide for this.

There’s a big difference in the market between them and punters are getting good value for the Peter and Paul Snowden-trained runner.

Worth backing and his odds could firm.

Triple figure odds on offer and rightfully so. Looks outclassed.

Almost went as the best each way but she could be a bit tired after some big runs this campaign.

Brenton Avdulla gave her a poor ride in the Queensland Oaks where he got too far back before she hit the line with purpose.

Facing the boys here and her turn-of-foot might be flattened a bit.

Filly which has attracted plenty of attention in the betting but would need to lift a touch on her most recent performance.

That was a little disappointing and she’s slightly too short in the betting to be considered a value chance.

Nice type in the making and she looked good when running third last time out. That run should hold her in good stead for this and she’s at a value price.

Take the $8 as that could firm come race day.

Winner of three from her last four but has yet to face anything up to this class.

$46 is a nice price but not long enough for us.

Produced a couple of big efforts to place at his last two starts. Those efforts could see him figure in the finish here at each way odds.

Put two wins together earlier on but hasn’t done much since. Looks held and we’re surprised at the $35 on offer.