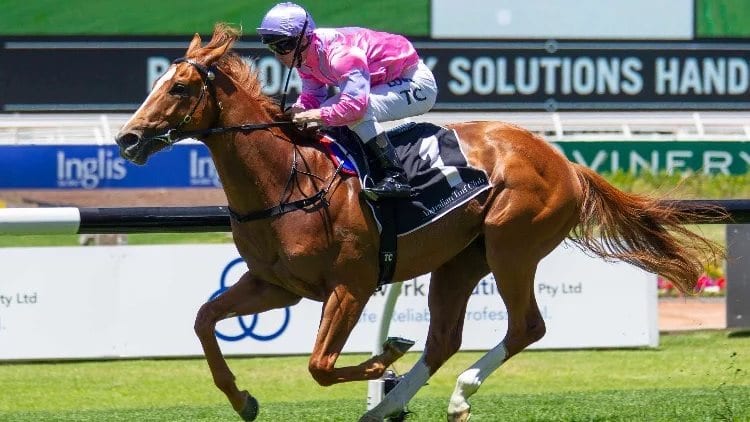 Easter Monday racing comes to us from Randwick, which is backing up from Saturday’s meeting.

Punters are getting a quality seven-race card and we have free tips and form for all the best runners across the meeting.

The Waterhouse/Bott-trained runner scored a maiden win at Gosford by 2.3 lengths before winning again at Rosehill by two lengths.

He then ran in the Magic Millions where he didn’t lose any admirers in running fourth behind Exhilarates and that form should see him going close here.

He’s a son of Stratum which has been primed with a one-length trial win at Newcastle and although there could be some smart debutantes lining up here, he has experience on the board.

That was an impressive win on debut at Hawkesbury and he looks a type that could kick on with it. He scored by a length after leading throughout the run.

He had shown ability at the trials but to win so dominantly on debut is a good sign and he’s drawn to use the rails once again.

Betting should be interesting and punters should get good odds.

Coming off a last start win, Colombina looks capable enough to make it consecutive wins on this track.

The filly by Lonhro took a while to win her second race but she sprinted nicely last time out and this field is there for the taking.

Past winner on this track and she’s more than capable of going back-to-back.

The Waller-trained three-year-old hasn’t quite lived up to his potential but he’s still learning and he has some good results in store.

He’s a son of Ocean Park which ran third behind Sondelon in February and he has since been primed with a trial placing behind Plague Stone.

He won’t get all favours from out wide in barrier 10 but he should rise through the grades this season and he could start by winning this.

The filly by Savabeel has rattled off consecutive wins coming into this and she has a good chance of making it three on the bounce.

She scored by two lengths at Kembla Grange two back before winning again at Hawkesbury and the rise in distance didn’t worry her last time out.

Drawing barrier five should land her in a good spot and punters should be getting good odds.

She’s only a lightly-tried four-year-old but she has a fair amount of untapped ability. Trained by Anthony Cummings, the So You Think mare went close last start and she should improve here.

She was a maiden winner over a year ago at Kembla Grange and she has run some nice races since. Her trial efforts behind the likes of Nature Strip and Zousain should hold her in good stead for this and this will be a good guide to ability.

Each way odds should be on offer from bookmakers.

The four-year-old gelding has been around the mark throughout his six-start career and he pushed a promising type close at Randwick last start.

He ran second behind California Concord at double-figure odds and it was a nice first-up run this campaign.

He doesn’t know how to run a bad race and with some luck from a tricky barrier, he should be hitting the line with purpose.