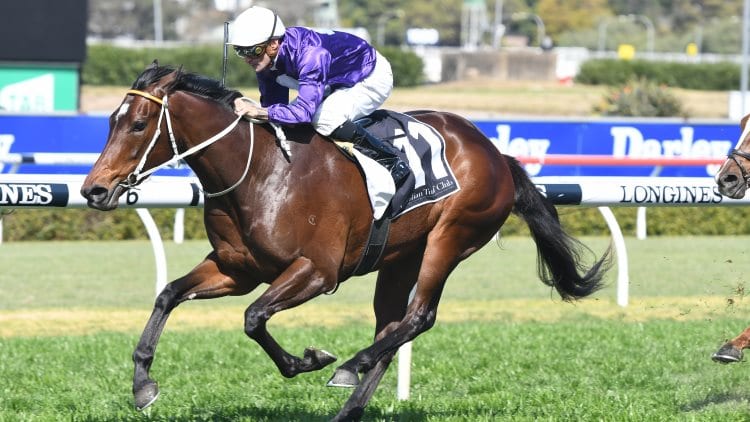 Randwick has a fantastic eight-race card on Anzac Day this Thursday.

We have free expert tips, form and odds for every race on the card, which starts at 12:45 with the Light Horse Brigade Maiden.

Anthony Cummings lines up the three-year-old filly and her race experience is going to be an asset in this race.

The well-bred daughter of Redoute’s Choice has three placings from six starts and although she has been backed and beaten this season, she meets a field there for the taking.

The inside draw is ideal so put her on top.

Another short-priced runner for Anthony Cummings but this filly has ability. She ran second on debut at Group 3 level and this is a massive drop in class.

She’s a two-year-old filly by I Am Invincible, which showed ability at the trials before making her debut and dropping back from group grade to maiden company is a big plus.

She deserves to be at an odds-on quote.

Two-year-old colt Disruptor ran well on debut at Randwick and has been primed with two recent trial efforts.

His most recent performance was a win at Warwick Farm by 1.5 lengths and that’s going to hold him in good stead for this.

John Thompson lines up the four-year-old mare which scored a maiden win at Newcastle on debut in September and was immediately spelled.

The daughter of Deep Impact has had two trials since, including a placing at Randwick and she could return in fine order.

The betting suggests she’s ready to go after the long break and we’re backing her in.

Girl Tuesday has been disappointing this campaign, with four consecutive eighth-place finishes. That doesn’t look attractive for punters but she’s better than that.

Dropping in grade could help her chances and carrying 55kg from the inside barrier should see her land on the speed.

Doesn’t get a better chance to return to form here.

Reginae is a quality three-year-old filly which has two wins and two placings from five starts. Her most recent run came at Gosford when running third but she didn’t lose any admirers.

Her best form saw her win at Randwick by 1.5 lengths in September last year and anything close to that sees her winning this.

Her opening odds of $2.05 have drifted out a touch to $2.10, which is surprising, but she’ll be right around the mark.

It’s another short-priced favourite but Wolfe hasn’t done anything wrong to date and should be tough to beat against this field.

The Waterhouse/Bott-trained gelding makes his return having not raced since November, where he scored by a length at Hawkesbury.

He’s unbeaten after two starts to date and despite running at odds too short to be considered value, we couldn’t be betting against him.

More than capable four-year-old which has won three of his seven starts to date.

The John O’Shea-trained son of Ocean Park did finish last of seven runners at the Randwick trials to prepare for this, but he wasn’t asked for much.

He has past experience on this track and he looms as a top chance.